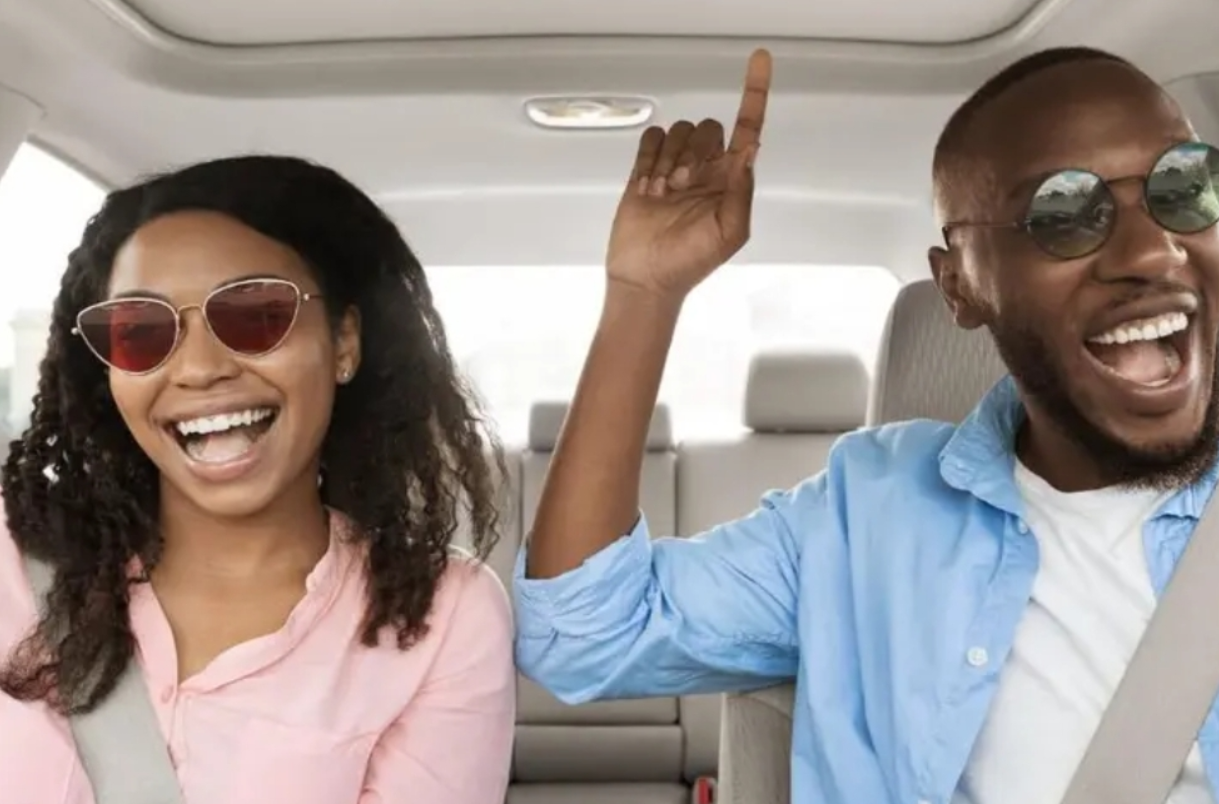 She was young when I found her, so she came into the relationship with the mistakes you’ll expect from a girl her age. Apart from that, life wasn’t that good at home. She told me about it right from the beginning and I promised I was going to help her. When she needed money for school, I provided it. When she needed money to pay her school fees, I contributed. Apart from all these, she came home often on weekends to cook and carry half of the meal to school. I didn’t complain. She was all I had and I was ready to do everything for her.

One day she posted a video on her status. She was sitting in a car next to a certain guy. The guy was driving and she was snapping the guy and herself. At some point, the guy said, “I’m driving and you’re distracting me. Do you want us to die?” She answered, “All die be die.” And the guy murmured, “At least, let’s have our kids before we die so our death will be worth it.”

The whole thing didn’t sit well with me so I asked her about it and she said, “He’s just a friend. One of the few guys who has a car on campus so I usually ride with him when he’s going out.” I asked, “Nothing apart from just friendship? Are you sure you’re not dating him? So why was he talking about kids before death?” She answered, “He wasn’t talking about us having kids as a couple. He meant he had no kids of his own and I also don’t have kids of my own.” I knew there was something she was hiding and I was determined to find that out. I went through her phone. The guy’s name is James and according to the messages I read, the guy has proposed to her and she has said no. The guy was hovering around just to find a way through her.

That day we had a huge fight. I sacked her from my place and blocked her. The next morning she was standing at my door knocking. She was crying, asking me to forgive her. “If you leave me where will I go? Who will love me the way you do? I don’t like James and I’ve told him. I’m only keeping him as a friend and if that bothers you, then I’ll cut him off. I swear I’ll never get closer to him again.” She knelt and was crying throughout. I couldn’t stand to see her cry. All my life no one has fought for my love like she did so I forgave her. “You will delete his number and won’t answer when he calls. If a guy likes you and you don’t like him, you don’t keep him as a friend. The longer you keep him around, you give him an infinite opportunity to press until he has you. I’m a man so I know this.”

We came back together again and we were perfect. I knew her senior sister so she also called to add her voice to the apology. By that time, we were already good but her sister promised me that she was going to ensure she doesn’t go astray again. We were good and happy for about five months. When there are no troubles between us, Agnes becomes the best woman in my life. She’s always happy and expresses that happiness by singing or dancing or even cracking jokes for us to laugh. I knew she had changed but I had to confirm the change so one day when she went to the washroom I picked up her phone to go through again. I had the guy’s number so I dialled it to see if indeed she had deleted it. No, she hadn’t. She had instead changed the name into a woman’s name.

I went through her messages. What I feared had happened. The guy had slept with her and they were talking about it. It looked like the guy used force and she was angry about it. The guy pleaded and promised to do whatever she wanted for her. My problem was why she was still hanging around such a guy. She came to see me reading her message and the first question was, “How did you get my password?” I was so angry I pushed her out and asked her never to return to my life again. I was hurting. My heart was beating loudly as if it was going to drop out of my chest. She was begging me, crying and swearing it will never happen again. I wasn’t going to listen to her this time. I told her it was over. “It’s obvious you love that guy so go to him. I don’t know what you see in him. He has a car and I don’t so maybe you think life is all about that.”

This time I didn’t block her so she kept calling every day trying to get me to forgive her. I wasn’t ready to listen to her. Her sister also called. She told me, “I understand you perfectly. No one wants to stay with a woman who isn’t ready to listen. But I beg you, just one more chance. One more chance to make things right. I know I failed the first time but this time I won’t. I’ll whip her in line and everything will be alright. She’s just a girl and girls often make such silly mistakes so please forgive her.” My heart was deeply hurt and I wasn’t ready to forgive this time, especially when there was sex involved.

Four months later, she was still calling to ask me for forgiveness. She’ll disappear for a week and out of nowhere she’ll appear to ask for forgiveness. Five months later, I felt I’d punished her enough so I decided to give her another chance. She came to beg again and I listened to her. She was shocked. “You mean I’m forgiven? You mean we are back together? Tell me you’re joking…” Honestly, I was missing her presence in my life while we were apart. There was not a single day that I didn’t think of her. It got to a time I started getting uneasy if I didn’t see her call on my phone. There were times I’d wanted to call her but couldn’t call because my pride won’t let me. I loved her that much and her absence was deeply felt while she was away. When we came together again, I was the one who was happy.

Each time we were together, we didn’t care about what the world was going through. It was just us enjoying each other’s presence. Our comeback made us stronger than how we used to be before the cheating incident. One month after our comeback she told me she had a confession to make. My heart skipped a beat. I remember thinking, “If this girl confesses that she’s no longer in love with me, I’ll die. She’s all I have now. She better not come and make life harder for me.” If there was a way to stop her, I would have stopped her from confessing whatever was on her mind. She wanted to so I gave her an audience.

“The five months we were apart was the most difficult time in my life. I thought of suicide. I thought of ending it all. My heart was always breaking and I couldn’t even afford a smile. You had left me but James was always there knocking on my door. I didn’t want to have anything to do with him. I even made my sister call him to threaten him but this boy wouldn’t stay away from me. After four months of pleading and unsuccessfully asking you to give me another chance, I decided to give James a chance. After all, he was the only one who was doing everything to have me. I gave him a chance. I didn’t love him but I felt he was a capable distraction so I fell back on him. One month later, you came back and now I don’t know how to break up with him.”

Herrh… my heart. I wished I could just melt like frozen water and drip away. I needed a place to hide so I don’t break down in front of her. How could the only woman I love be this careless with my love? I screamed, “And you didn’t get anyone to fall in love with apart from James? Agnes, what are you not telling me? What about that guy that you can’t seem to let go of? Now that you’re telling me this, what do you want me to do? Call James and break the relationship for you? How can you tell me this story? It’s OK, leave me alone. Go and stay with your James.”

She was crying. She said softly, “That’s what you always do, push me away when we are faced with challenges. I confessed to you because I felt I’d hurt you enough and don’t want that to go on. You’re the man. You have to show me what to do. I don’t mind if you call him and tell him to stay away from your girlfriend. He already knows about you. He knows we are back together but he’s not backing out that’s why I’m telling you this. Why won’t you fight for me this once so we can be happy once and for all? You keep pushing me away and it’s the reason I keep making such silly mistakes. It’s all your fault!” .

What she said was true and it broke into my defences so I decided to push her away one last time and never ever bring her back into my life again. Maybe, I’m rather the one impeding the love story between her and James. I told her to give me some time to heal and decide what next to do. She asked me, “So what should I do while you’re away healing?” I answered, “Live your life. If it’s James you want, go for him and leave me alone. I will understand.” She said, “If he’s the one I wanted, I wouldn’t have come back to you after you broke up with me. Make up your mind and tell me what to do.”

My problem now is, I love her. I can’t stand to lose her but I can’t also convince myself that James will someday leave the picture. It’s complicated between them and it’s complicated between us. Should I cut my losses and leave for good? Should I confront James and ask him to leave my girl alone? That’s my dilemma right now. It hurts to think about it so I want to do it once and live forever with whatever the outcome may be. Please help.