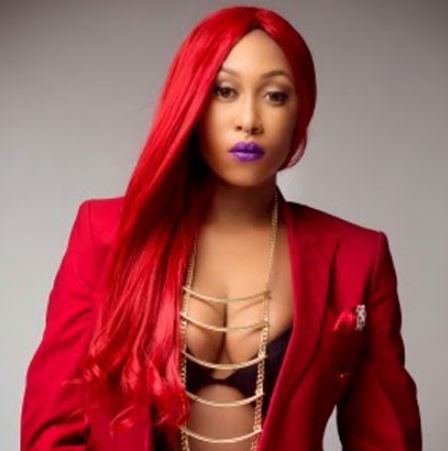 Madrina, the popular Nigerian dance hall artiste, who was formerly known as Cynthia Morgan, has made some new claims.

She spoke out about the snubs she experienced as an upcoming artiste in the Nigerian music industry.

Morgan disclosed this while replying to a twitter influencer, @Kussman who implied that the singer treated him badly when she was still vibrant in the music industry.

In the now-deleted tweets, @kussman wrote, “I no fit talk wetin Cynthia Morgan do me that year she dey hot. My God in his infinite mercies has humbled her. Now we both have zero hit songs in the last eight years.”

Replying to the tweet, Morgan, took to her Instagram page, @trulymadrina, where she slammed Kussman for the remark.

According to her, she had also been at the end of snobbish attitude by big names in the music scene, including, singer Omawunmi and Mavin Boss, Don Jazzy.

“Isn’t this witchcraft in broad day light?,” she wrote via her Instagram stories on Sunday, “Did I ever tell you guys how I was snubbed by Omawunmi, Helen Paul and Flavour in my upcoming days? Even Don Jazzy? Lol. Some people (are) pathetic.

“And these were all entertainers like me. Not to talk of you that I don’t even know from anywhere. Nawa.”

The ‘German Juice’ crooner also pointed fingers at Tiwa Savage for a 2020 interview where the latter said Morgan had declined her invitation to the 2019 Everything Savage Concert.

Morgan also claimed that another singer, Sheyi Shay, only reached out to her to record diss tracks against Savage.

“Tiwa said it in her interview with Ebuka, ‘I called Cynthia Morgan for my show she didn’t come’. Really? Even after I told you I wasn’t in the right frame of mind to perform? You definitely would have preferred if my enemy slumped on your stage?

“Seyi Shay – that one only calls you when she needs a verse or when she’s trying to have you help her fight Tiwa. Stupid industry. You think I am fake like you all?

“I left music for many good reasons so thank you for assuming I haven’t made a hit in eight years,” she wrote.

Nigerian DJ Gets Arrested In India For Overstay

Drama As Three Get Arrested For Supplying Sim Packs, Drugs To Bandits In Zamfara