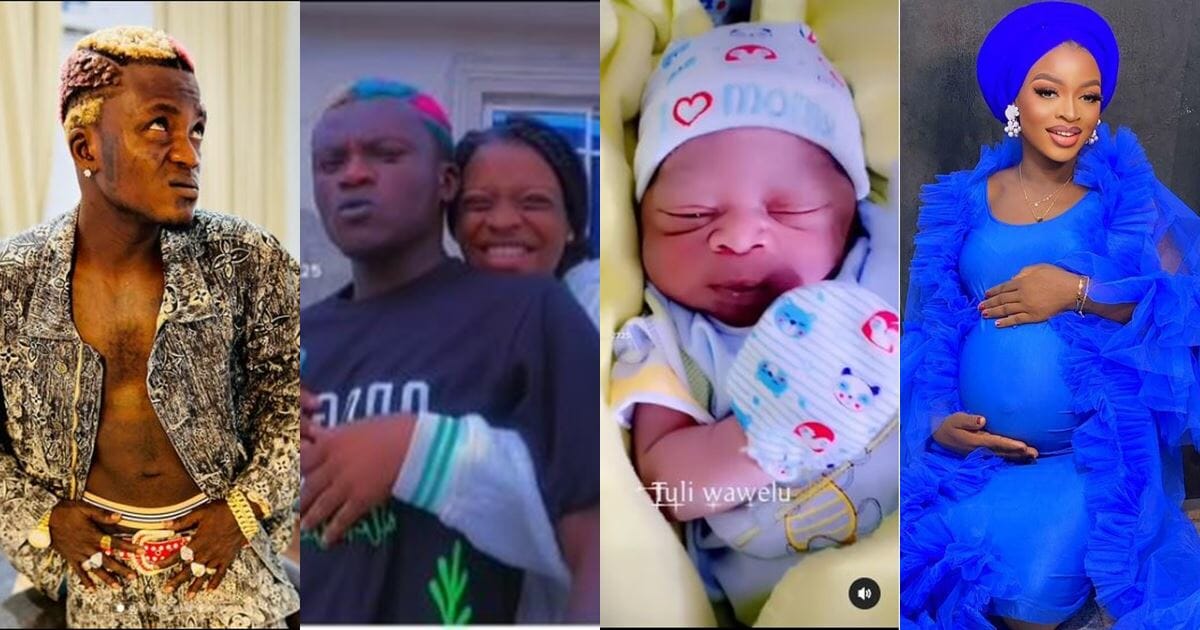 Controversial singer, Habeeb Okikiola, professionally known as Portable Omolalomi is in a celebratory mood as he welcomes his third child with his girlfriend.

The singer who is already married with kids was caught in the web of an amorous affair a few weeks back which he admitted to.

Be it as it may, Portable witnessed a multiplication in his household on Saturday, December 10th and subsequently took to social media to share the good news.

Sharing a video of the newborn, he wrote:

In a follow-up post, he shared some maternity photos of his girlfriend alongside some sweet words.

My incantations in movies affected me in real life – Yoruba actor, Alebiosu