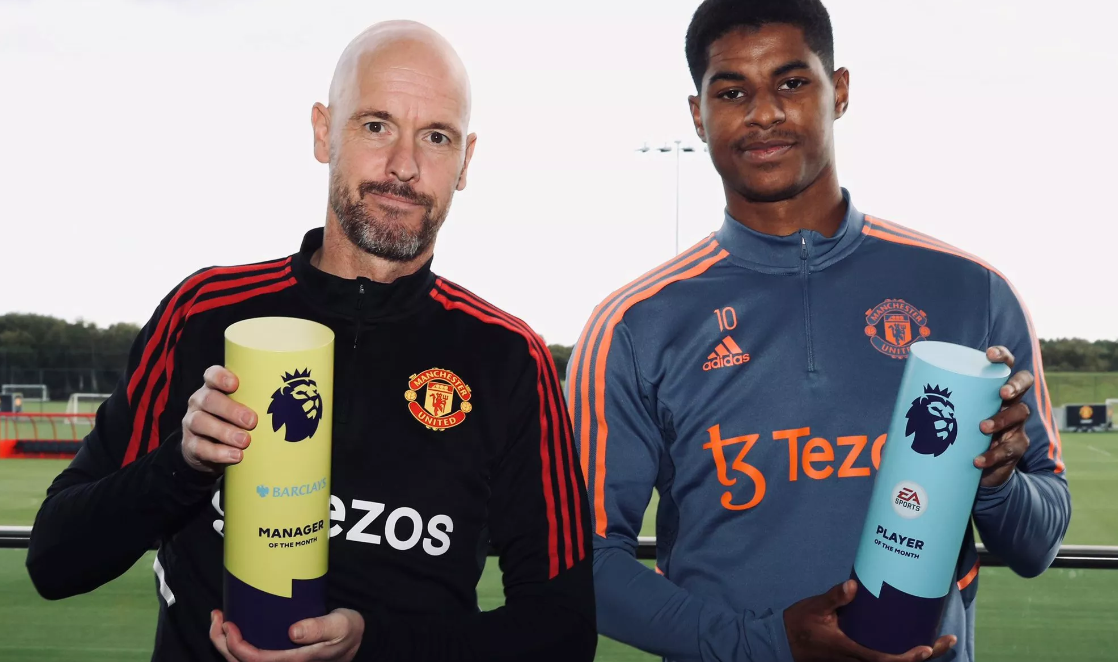 Last season was a very difficult one for Manchester United’s Marcus Rashford but the forward seems to have put that behind him with the guidance of new manager Erik ten Hag.

Rashford came into last season off the back of his penalty miss in the EURO 2020 final and missed the start of the season with a shoulder injury. That was not the ideal preparation for a new campaign and it festered throughout the season alongside Man United struggling overall.

The 24-year-old came into this season with everything to play for as his current Man United contract expires at the end of the season.

That, along with a new manager being put in place, has seen Rashofrd take steps towards the best version of himself, although not there yet, the signs are promising.

Rashford picked up the Premier League’s player of the month award for September this week and Ten Hag has spoken glowingly about his forward’s progress.

“I am excited to work with him [at the start of the season], I knew already before how much impact he could have.

“He’s bringing potential every game this season on the pitch. I’m really happy with his development,” Ten Hag stated about Rashford this season via Sky Sports.

The Man United boss is clearly pleased with the work the forward is doing so far in order to get back to his best and the player of the month award will only aid that as it should be a big boost to the 24-year-old’s confidence.

Transfer Update: French star has not agreed to join Chelsea despite reports