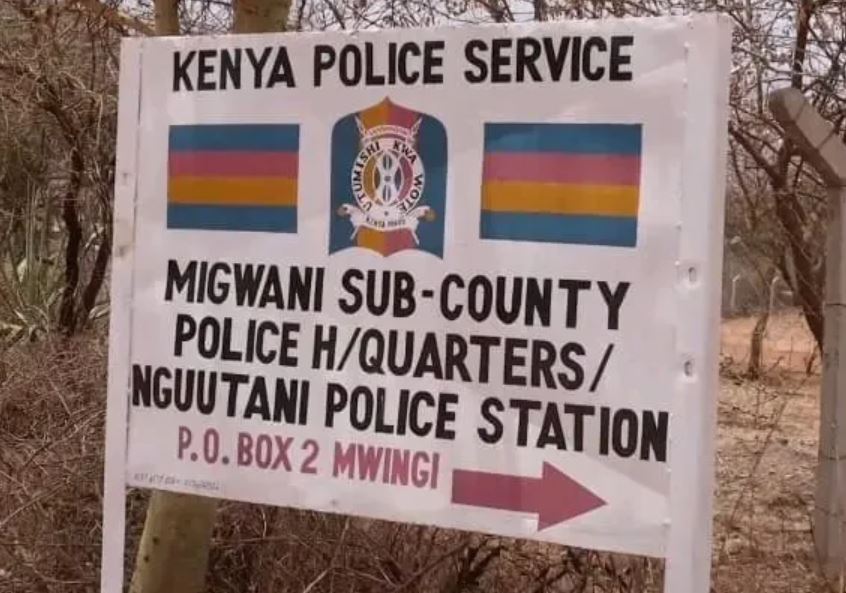 A man from Kyome/Thaana ward of Mwingi West county of Kenya has been arrested by the police for hacking his son to death with an axe.

The man identified as Mwendwa Mboo, is currently being held at Migwani police station for killing his 14-year-old son, Mumo Mwendwa who he found playing with his mates after he sent him to the river to fetch water.

Esther Mwendwa, the suspect’s wife who works in Kibwezi, said she was not at home when the incident occurred and that she was informed by relatives about her son’s death. She also claimed that her husband is a drug addict.

“His father had sent him to fetch water, instead Mumo went to play with friends.

“He hacked him to death using an axe and knives.”

Esther also revealed that a month earlier, her husband hit their son on his head and badly injured him.

“My son died a very painful death. I plead with the government to intervene and ensure justice is served.”

Florence Muli, a cousin to the deceased, said the incident took place at around 11:00 pm on Sunday night. She said the suspect locked the house from inside before he attacked the boy.

Benard Mwangangi, the suspect’s elder brother, said on the same night he heard so much noise from his brother’s house and assumed it was the normal habit of beating his son.

He said the suspect had been so hostile and most people even feared visiting his home. “After hearing him yell, I immediately heard his son Mumo screaming for help,” Mwangangi said.

Mwangangi later heard his father having an argument with his brother (the suspect) who was insisting that he wanted to kill his son.

When Mwangangi went to the house, he found the 14-year-old lying in a pool of blood and the victim tied with ropes by members of the public awaiting the arrival of police officers.

He also added that the suspect’s wife had been living in fear following several insidences of domestic violence.

Ondo Man Ties Wife To Well For Cheating On Him

Catholic Church Reveals Mbaka’s Fate After Sending Him To Monastery