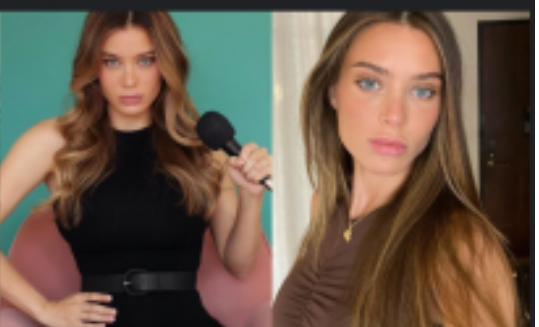 Former adult star, Lana Rhoades has called for the pornography industry to be made illegal because it’s not good for all parties.

Speaking on a podcast “The Skinny Confidential Him & Her” recently, the 26-year-old model said she’s still traumatized by the experience, adding that “I just I don’t think that it’s good for anyone. They should make it illegal.”

The former adult actress who was 19 when she appeared in her first X-rated movie, claimed she was naïve and didn’t know what she was getting into. According to her, she had only slept with one person before delving into pornography.

The mother of one, from Illinios, said she entered the industry because she was fascinated by the glamorous lifestyle of Hugh Hefner’s girlfriends on TV show “The Girls Next Door”

“I watched the show and I was like, ‘Their lives look so glamorous compared to mine.

“I’m here trying to stop my sister from committing suicide every day and I could be jumping out of a trampoline into a pool in this big mansion,” she said.

The mother of one who has over 16 million followers on Instagram now works as a model and fashion designer.