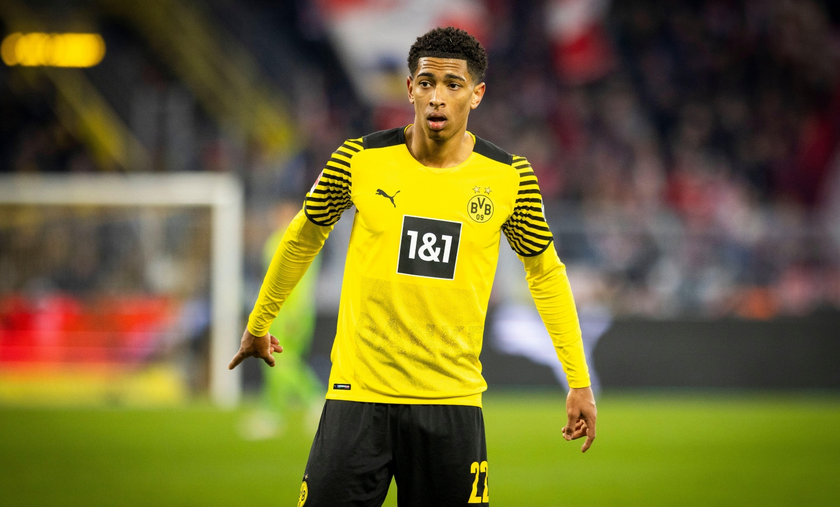 Keep up to date with all the Liverpool transfer news and speculation ahead of the January transfer window.

Liverpool managed to sign their top transfer target during the summer transfer window, bringing in Darwin Nunez in a deal worth a potential £86million. They also added Fabio Carvalho and Calvin Ramsay to the squad on permanent deals.

Jurgen Klopp’s side beat Manchester City in the Community Shield, but they have had a slow start to the Premier League season, failing to win any of their opening three games for the first time since 2012-13.

The Reds went back into the transfer market and signed Arthur Melo on loan from Juventus on transfer deadline day, but the Liverpool squad could be set for a significant overhaul next year.

Some fans are already looking ahead to the January transfer window and we’ve taken a look at all the players Liverpool are being linked with and who the original source of the story is.

The summer transfer window officially closed at 11pm, Thursday 1 September, with this list featuring any transfer line with regards incomings and outgoing at Anfield since then…

Who have Liverpool been linked with?

Armel Bella-Kotchap – Jurgen Klopp is an admirer of the Southampton defender and sees him as a long-term replacement for Virgil van Dijk at Anfield. (Fichajes, September 16).

Jude Bellingham – Trent Alexander-Arnold and Jordan Henderson both tried to convince Bellingham to join Liverpool while they were on international duty. (Football Insider, October 1).

– Teams will need to convince Bellingham to join them and Liverpool and Real Madrid have put in the most work so far. (Ben Jacobs, September 27).

– Jurgen Klopp’s side have begun work on the potential Bellingham signing by submitting a bid to Borussia Dortmund. But Bellingham has considered all the offers available to him and has decided to reject Premier League suitors in favour of Real Madrid. (Marca, September 26).

– Borussia Dortmund refused to sell the 19-year-old last summer but Liverpool will try to sign him in 2023. (Fabrizio Romano, September 13).

– Alongside Manchester United, Liverpool have a very good chance of signing Bellingham in 2023. (Florian Plettenberg, September 13).

– Liverpool are planning to make a move for the midfielder in 2023. (BILD, September 8).

Nicolo Barella – Inter need to sell one of their star players to raise funds and Liverpool have a concrete interest in Barella. (Calciomercato, September 28).

Joao Gomes – Liverpool are prepared to battle Real Madrid for Gomes and could pay his £53m release clause outright in January. (Sport, September 28).

– Liverpool have monitored the Flamengo midfielder with their scouts but there’s no negotiations at the moment. (Fabrizio Romano, September 18).

– The Reds have been watching Gomes and may be tempted to go in for a January offer. (Julio Miguel Neto, September 14).

Enzo Fernandez – Liverpool are preparing to make contact with Benfica to discover how much Fernandez could cost. (Fichajes, September 27).

– After signing Darwin Nunez from Benfica last summer, Liverpool could return to the Portuguese club to try and buy Fernandez in either January or next summer. (O Jogo, September 26).

Konrad Laimer – Laimer has admitted that he’s a Liverpool fan and was ready to join the Reds last summer. (Servus TV, September 27).

– The Reds are exploring the possibility of a January deal for the RB Leipzig man amid claims his price will drop to £25m. (Kicker, September 20).

Moises Caicedo – Liverpool and Chelsea are keeping tabs on Caicedo’s situation and offers are expected in January. (Ben Jacobs, September 25).

– Liverpool officials are tracking the progress of the 20-year-old and they will rival Chelsea for his signature in 2023. (Football Insider, September 24).

– Brighton rebuffed Liverpool’s approach for Caicedo in the summer but they may be open to letting him go in January. Klopp’s side have also been promised that their interest will be prioritised. (Tera Deportes, September 5).

Ismael Bennacer – The Reds are interested in Bennacer and can offer him a better salary than AC Milan, who are proposing for a contract renewal. (Sport Mediaset, September 23).

Ethan Nwaneri – The record-breaking Arsenal teenager is wanted by the Reds and Manchester City in future windows. Indeed, he was only handed his Arsenal debut at 15 years and 181 days to illustrate he has a clear career path with the Gunners. (The Times, September 20).

Douglas Luiz – The Reds will try to sign the Aston Villa midfielder in January but face competititon from Arsenal and Juventus. (TuttoJuve, September 19).

Matheus Nunes – Wolves recently signed Nunes from Sporting in the summer window, but he could be on the move again as the midfielder is at the top of Jurgen Klopp’s list of preferred targets. (UOL, September 15).

Ibrahim Sangare – The Reds are stepping up their interest in the PSV midfielder and have not been put off by the £31million price tag. (Calciomercato, September 10).

John Duran – Liverpool have been watching Duran and could move ‘quickly’ for the Chicago Fire winger, who also has transfer interest from Chelsea. (The Sun, October 2).

Christopher Nkunku – While Nkunku has passed a medical at Chelsea, Liverpool are refusing to give up and believe a deal can still be done. (Fabrice Hawkins, September 30).

Andreas Schjelderup – Liverpool are keeping tabs on the Nordsjaelland striker, who has been labelled as the next Erling Haaland. (Calciomercato, September 30).

Ibrahim Adel – Liverpool are monitoring the progress of Adel, who plays for Pyramids FC and is regarded as the most exciting Egyptian prospect since Mohamed Salah. (90min, September 29).

Alex Baena – Liverpool are one of four Premier League clubs that are monitoring the Villarreal winger, who has a release clause of just £30.5m. (Sport, September 22).

Mykhaylo Mudryk – Jurgen Klopp’s side are ready to compete with Arsenal and Sevilla as they try to sign the Shakhtar Donetsk winger in January. (Calciomercato, September 18).

– The Reds plan to watch Laimer in action four days over the next fortnight, including Real Madrid v Shakhatr in the Champions League as they weight up a future move. (The Guardian, September 20).

Who has been linked with a move away from Liverpool?

Naby Keita – Borussia Dortmund are watching Keita’s contract situation and are preparing to make a move for the player as they prepare for life without Jude Bellingham. (Bild, September 26).

Roberto Firmino – Liverpool want to sign Memphis Depay from Barcelona and are willing to offer Firmino to the Spanish side. (Futbol Total, September 24).

Juventus are still interested in Firmino, who can sign a pre-contract agreement with overseas clubs in January. (Calciomercato, September 6).

– The Brazil international could see his loan spell at Liverpool interrupted in January if the club sign another midfielder. (Tuttomercatoweb, September 14).

Nat Phillips – Klopp refused to let Phillips leave in the summer window but if Ibrahima Konate and Joel Matip are both fit in January, the manager could sanction a mid-season departure. (Daily Mirror, September 7).

Naby Keita – Talks between Liverpool and Keita are ongoing but he wants to understand how important he’ll be for Jurgen Klopp in the future before making his final decision about a new contract. (Fabrizio Romano, September 25).

– Liverpool are back in contract renewal talks with Keita and are hopeful he will extend his terms. (Football Insider, September 23).

– The midfielder has less than a year remaining on his current deal but could get a contract extension as Klopp considers him “an important player in the rotations”. (Fabrizio Romano, September 5).

Gavi – Liverpool have been keeping tabs on Gavi’s contract situation, but he looks set to commit his future to the Spanish club and his new contract will have an £868million release clause. (Mundo Deportivo, September 9).

Per Schuurs – Italian agent George Gardi has revealed that Liverpool failed to convince Schuurs to join from Ajax before his summer transfer to Torino. (Tuttosport, September 22).

Federico Valverde – Liverpool came forward with an £87million proposal for Valverde at the end of the transfer window, but Real Madrid had no interest in letting him go. (AS, September 13).

Aurelien Tchouameni – Klopp was convinced that Tchouameni would have been perfect for Liverpool and called the midfielder several times to try and convince him to move to Anfield. (Fabrizio Romano, September 8).

Konrad Laimer – Laimer was linked with a move to Liverpool at the end of the transfer window and has now revealed why he didn’t leave RB Leipzig. (BILD, September 4).

Denis Zakaria – Liverpool made some enquiries to Juventus for Zakaria, but the midfielder was already bound for Chelsea. (Gianluca Di Marzio, September 3).