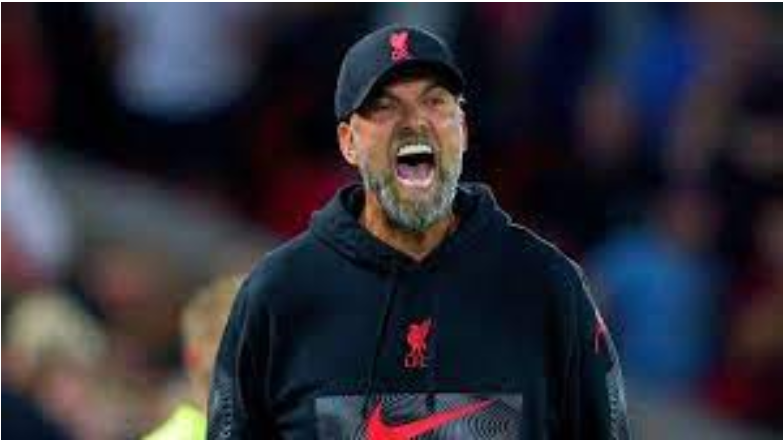 Liverpool are being backed to turn to a surprise new replacement for Jurgen Klopp when the time eventually comes to replace the German manager.

Klopp took charge at Anfield in October 2015, replacing Brendan Rodgers in the Anfield hotseat. Since then, he has won almost every trophy there is to be won, with only the Europa League eluding him. And last season, the Reds came close to winning an unprecedented Quadruple.

Ultimately, Liverpool only ended up winning the FA Cup and Carabao Cup with the two biggest prizes eluding them. Indeed, while the title ‘loss’ to Manchester City was expected, the manner of their Champions League final defeat against Real Madrid probably still stings.

All the same, that was the third Champions League final they have reached in the six full seasons that Klopp has been in charge.

And with his contract due to expire in summer 2024, Liverpool and Klopp announced an extension to that in April. Indeed, trusted journalist David Ornstein revealed the length of that arrangement, meaning the Reds won’t need to think about a successor any time soon.

His deal is likely to expire at the same time as Steven Gerrard’s does at Villa Park. The Liverpool legend is likely to come firmly into the frame for the top job at Anfield once Klopp’s reign ends.

However, recent question marks over Gerrard indicates he may not be as solid a contender as once believed. And talk of him being sacked at Villa has also been raised by their former boss Tim Sherwood.

Other names, though, will also reportedly come under consideration at Liverpool. To that end, Julian Nagelsmann, Xabi Alonso and Thomas Tuchel may also be in the frame.

However, former Celtic and Motherwell star Paul Slane has a new name he reckons the Reds will consider. And the Scottish media personality reckons Celtic boss Ange Postecoglou is putting himself firmly into the reckoning.

Now he has been explaining why the Aussie, reportedly in demand at Leicester, should be at the top of their list.

“I think Postecoglou’s going to be the next Liverpool manager, I really do,” Slane told Grosvenor Sport.

Explaining his thinking, he continued: “Who else takes the Liverpool job after Klopp?” I think he’ll be the next Liverpool manager when Jurgen Klopp decides to go or Liverpool decide to part with him.

“At times in this season’s Champions League game against Real Madrid, the European champions, Celtic were unbelievable. So I think Ange Postecoglou is good enough to be the next Liverpool manager.

“He’ll want the Premier League, the top teams, the money… I think Ange will want to go and face off against the world’s top managers week-in, week-out.

“So I think it’ll be hard for him to stay with Celtic. But come the first game of next season, I think he’ll still be managing Celtic.”

Liverpool will be considering a new manager

Plenty of Liverpool fans are likely to brush off potential links with Postecoglou on the basis that he may not be a big enough name. However, he would not be the first former Celtic man to take success from Glasgow to Celtic with a certain Sir Kenny Dalglish the obvious example.

Thankfully, Liverpool and Klopp are protected by a lengthy contract that means they won’t need to think of a successor any time soon.

However, like any well-run club, the Reds will have a shortlist of potential managerial options should things change. Success at any club is cyclical and there are always questions over whether Liverpool and Klopp can continue enjoying such success forever.

Quite who will be on that list, though, is anyone’s guess. And much will change depending on when the time comes to replace Klopp as manager.

In the meantime, Postecoglou insists he remains happy at Celtic.

“My ambition has been the same wherever I’ve been – it’s to be as successful as I can be. Right now I’m at a massive football club, living the dream and I am enjoying every minute of it,” he told Sky Sports News last month.

“Anyone who has followed my career knows that I’m pretty big on playing the game a certain way. I’ve tried to do that wherever I’ve been against the backdrop of knowing I have to be successful.

“I’ve always tried to play football in a manner that I think excites supporters. Wherever I’ve been, the question has been ‘will it work at the next level?’ What I’ve tried to prove is that it does and it will.

“I am at a really massive football club. We’re not playing in one of the high profile European leagues. But in terms of the club itself as an institution, we play in front of 60,000 people. We’re in the Champions League, it’s a massive club.

“By having success at Celtic, I’m proud that I’m getting noticed everywhere.”

Players to Watch Out for in the Manchester Derby Clash