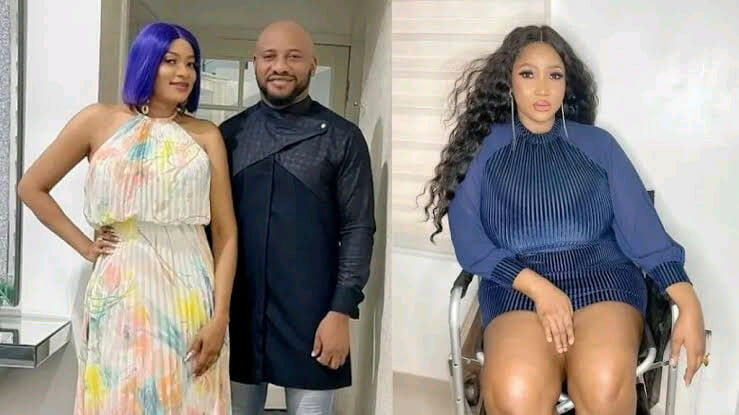 May Edochie, First wife of Nollywood Actor Yul Edochie, has reacted to report of her husband’s plans to bring in his second wife, Judy Austin to their matrimonial home.

Controversial gossip blog, Gistlovers, on Wednesday released an Instagram chat they had with May Edochie.

The mother of Four, via Instagram on Monday, stated that she had an unexpected and unpleasant experience that shocked her to the core.

Reacting, Gistlover sent May Edochie a DM to verify if her Instagram post was about alleged crisis in her marriage to Yul.

May, debunked the reports as Gistlover probed further and asked if she has moved out of her matrimonial home or still lives in their joint apartment.

In response, the brand influencer affirmed that she’s still living in their joint apartment. According to her, they built the house together.

Gistlover also quizzed May about Yul’s plans to bring Judy Austin into their matrimonial home. May replied, stating that she wasn’t aware of Yul’s intention to move his second wife and their child to the same house.

Hating me because of my 2nd marriage isn’t the best.. – Yul Edochie pens fresh heartfelt apology to wife May