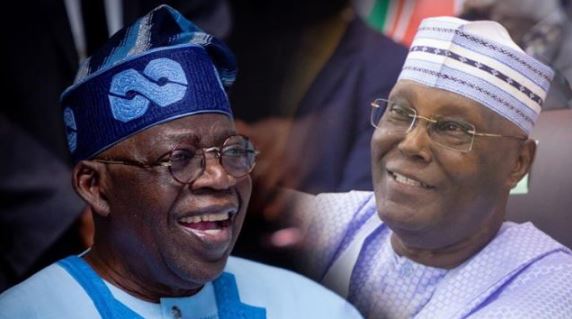 Nigeria, the most populous black nation on earth, is celebrating her independence today on October 1st and many Nigerians have wished her well.

The Senate President and chairman of the National Assembly, Ahmad Lawan, presidential candidates of some political parties, state governors and other leaders have felicitated Nigerians on the 62nd anniversary of the country’s independence.

Also, the President, Major General Muhammadu Buhari (retd.), and his Chinese counterpart, Xi Jinping, on Friday exchanged felicitations on the independence anniversaries of the two countries on October 1. While Nigeria marks its 62nd anniversary, China is celebrating its 73rd.

In his letter congratulating the Chinese President, Buhari said relations between the two countries had “achieved far-reaching and fruitful results on the basis of equity, mutual trust and mutual benefits,” adding that Nigeria sought to elevate the strategic partnership to a new level.

On his part, Jinping, said the Sino-Nigerian relations enjoy “sound momentum, with political mutual trust being enhanced, cooperation in various fields yielding fruitful results and coordination on international and regional affairs being closer.”

Meanwhile, the Senate President has sued for peace as he scored the security agencies high, noting that they had done well in recent times by improving security across the country. He enjoined political actors to engage in issue-based campaigns and avoid hate speech and violence.

He also urged politicians to weigh their words and actions towards ensuring peaceful electioneering as well as free and fair polls, “in line with what is clearly emerging as a legacy of the Muhammadu Buhari-led administration.”

The presidential candidate of the Peoples Democratic Party, Atiku Abubakar, observed that the celebration of the Independence Day is an event that should reawaken Nigeria’s consciousness towards the consolidation of unity among the diverse people of the country.

He called on all people of faith across the country not to relent in their prayers to God to keep Nigeria as a country of peace and prosperity for the good of its people.

“I believe that when we fix the issues that continue to compromise our national unity, we will invariably fix issues that upset our peace and security and subsequently create an environment that can encourage economic prosperity,” Atiku said.

In his message, former Lagos State governor and presidential candidate of the All Progressives Congress, Asiwaju Bola Tinubu stated, “On this Independence Day, let us commit ourselves to Nigeria’s unity as well as to our collective improvement.

“In unity, we must see one another as brothers and sisters regardless of our ethnic, religious or regional diversity. In seeking national improvement, we must join hands in growing the economy, creating jobs, feeding the hungry, educating our youth, caring for the sick and protecting our people and their way of life from evil and misguided foes who seek to destroy all that is good.”

Akeredolu, who is the Chairman of the Southern Governors Forum, said the country was in need of power devolution that would sustain the regions, reduce agitations and tackle the country’s challenges holistically.

This was contained in his Independence Day message by his Chief Press Secretary, Mr Richard Olatunde.

Congratulating Nigerians on the anniversary, Akeredolu stated, “No doubt, our country is going through difficult times. It is time for us to rethink this pseudo-federalism and heed the calls by sub-nationals to restructure the polity in a way that would engender progress and development. It is the only way to solve the current socio-economic problems facing the country.”

On his part, the Edo State Governor, Mr Godwin Obaseki, hailed Nigerians for holding steadfast to the belief in one Nigeria, noting that they had defied the odds in working to achieve shared prosperity and economic advancement.

In a statement, the governor said the state government had worked to make life bearable in the face of rising inflation and other economic challenges besetting the country.

Ogun State governor, Prince Dapo Abiodun, urged Nigerians not to despair over the current socio-economic challenges facing the country, but be hopeful of a better tomorrow.

Abiodun said Nigeria, like some other nations in the world, was facing an economic downturn and bogged down by insecurity, but with resilience and determination, ‘’the country will soon surmount the challenges.”

Also, the Minister of Labour and Employment, Dr Chris Ngige, said the Federal Government was aware of the economic hardship faced by the workers and was hopeful that things would improve.

He commended the efforts of the workers for their immeasurable contributions to the sustenance of Nigeria’s independence.

A statement from his media office read, “It is another opportunity to reflect  on  the heroic roles which the Nigerian workforce, operating under different unions, played in Nigeria’s independence struggle and the sustenance of that freedom since  October 1, 1960.

“Nothing is too much as compensation, hence, the reason the present administration has continued to show unflinching commitment towards the improved lots of all workers even in the face of dwindling national earnings. The new national minimum wage and its consequential adjustment (wage increase) were implemented in 2019 and despite the economy slipping twice into recession, the President ensured that no Federal Government employee lost his or her job.’’

A former National Chairman of the All Progressives Grand Alliance and Labour Party Senatorial Candidate for Anambra Central Senatorial District in the 2023 general elections, Chief Victor Umeh, noted that the nation was not in a good shape at the moment.

BBNaija: Chizzy, Rachel Evicted From The ‘Level Up’ House