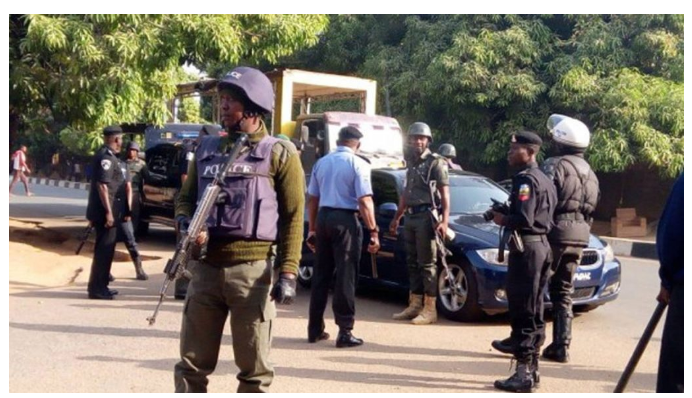 The incident, which took place on Friday night, caused palpable fears among indigenes of the State as many were seen scampering for safety.

As many as four suspects have been arrested in Ebonyi State by the police.

The suspects were nabbed over the killing of two Ebubeagu Security operatives in Ebonyi State.

Recall that the victims were shot at the popular Ebebe junction, along Ogbaga road in Abakaliki.

The incident, which took place on Friday night, caused palpable fears among indigenes of the State as many were seen scampering for safety.

In a telephone chat with Vanguard, the Commander of Ebubeagu Security outfit in Ebonyi State, Mr. Friday Nnana who confirmed the arrest of the suspects, noted that the suspects have been handed over to the police for further investigation.

“On a strong routine patrol last night, we caught the killer of the two members of Ebubeagu Security outfit who lost their lives at a checkpoint at Ebebe junction in Abakaliki.”

One of the suspects, Simon Ebube who hailed from Iheamufu, Enugu State, confessed to the commission of the crime.

“My name is Ebube Simon from Enugu State. Am from Iheamufu. It was boss that said we should follow him. We saw an Ebubeagu operatives and macheted him. After we macheted the Ebubeagu person, he now died

“We were six that carried out the dastardly act. Our names are Boss, Marvife, boss, Audu, myself and Junior. One of us sustained injury while we were running. Chekwube was the person that said he will attack Ebubeagu at the check point.

“The State Government should be merciful towards me. If I repeat such again let them kill me.”

Sad: Woman Dies After Being Locked Up By Husband For Months Without Food In Kano (Photo)