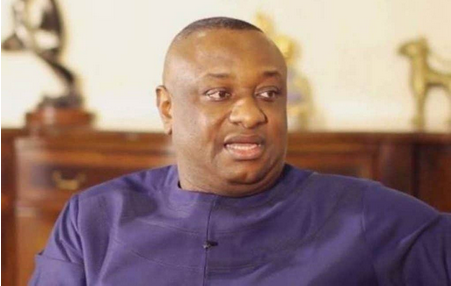 He likened Atiku, the Peoples Democratic Party, PDP, presidential candidate, to a bus conductor applying for the post of a driver.

Keyamo said Atiku is only hanging onto the achievements of his former boss, President Olusegun Obasanjo.

The Minister of State for Labour and Employment said Atiku has no achievement to sell to Nigerians.

He disclosed this in a tweet and a video on his micro-blogging site.

According to Keyamo: “Atiku Abubakar can be likened to a bus conductor applying for the post of a driver along with another applicant who was a proper driver.

“There is really nothing to sell, he only hangs on to the achievements of his boss; I said this before, he has never been in charge of any tier of government, and he wants to be president.

“He has never been tested and trusted. Even when he was the Chairman of the Economic Council as Vice president, he was still reporting to a boss.

“There was nothing like Obasanjo-Atiku regime; throughout those eight years, he was disobedient, belligerent, and was never part of the government. So, how do you now compare yourself with somebody who drove the vehicle for eight years?”