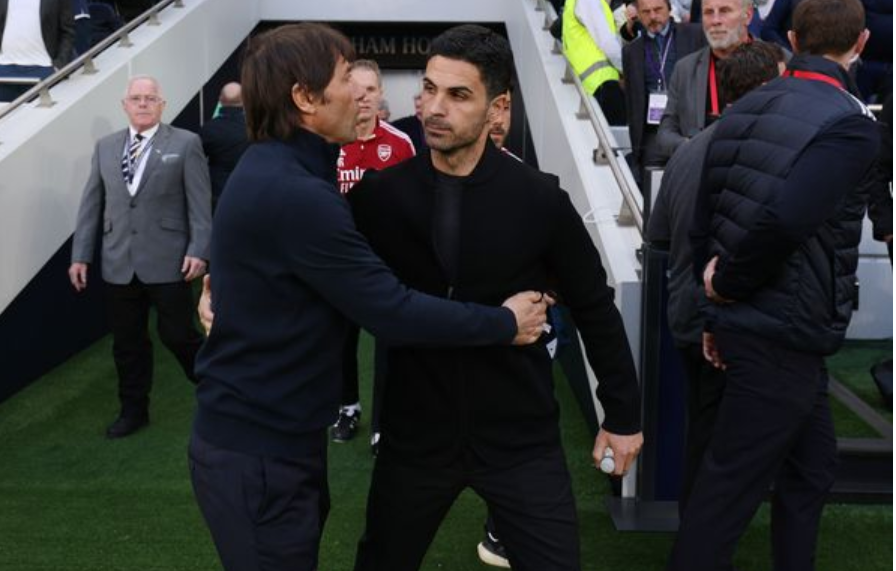 Arsenal legend Martin Keown has admitted his former side are still lagging behind fierce rivals Tottenham ahead of the North London derby on Saturday afternoon.

The Gunners welcome Antonio Conte’s Spurs to the Emirates with plenty at stake for both sides. Mikel Arteta’s Arsenal currently sit top of the Premier Lheague, but defeat on home soil to their most hated opponents would see their North London neigbours leapfrog them into first after eight games played.

Clashes between the two teams in question are often heated affairs given the ill-feeling between the pair of them, but Keown has actually paid Conte’s men a compliment by conceding they currently have the edge on Arsenal and even picked out two Spurs stars for praise.

Discussing the game exclusively to Mirror Football on behalf of BT Sport, the former Arsenal defender explained: “You could say that the two midfield players for Tottenham [Rodrigo Bentancur and Pierre-Emile Hojbjerg] are like the Kray twins the way they get around the pitch, lot of tough tackles, lot of fair tackles.

“I think Hojbjerg is massively underrated so but the manager believes he needs those enforces in that area. Arsenal are more artistic, and more creative but they need to be tough as well.”

The last fixture the two contested was so fiercely contested Arsenal were reduced to 10 men inside the opening 33 minutes after Rob Holding picked up two yellow cards in quick succession.

Analysing how Arsenal can impose a physical presence on the game without going too far like last time out, Keown added: “That needs to come from their defenders, there are three out-and-out defenders at the back there that put their foot in.

“[William] Saliba and Gabriel are hard men, building a reputation but I think Arsenal are just behind Spurs, but that’s motivation enough to want to get in front of them.

“I do feel this is the strongest Tottenham squad I’ve seen in years and I think they will be kicking themselves if they don’t win a trophy this year.”

While they are undoubtedly keen to end their lengthy trophy drought, everyone associated with Spurs will have their full focus purely on the task at hand on Saturday afternoon at a ground they haven’t had much luck at down the years.

Without a league win at Arsenal’s home since 2010, Conte knows a rare victory in the red half of North London would not only potentially derail the Gunners purple patch but also be the start of Spurs’ own title charge.