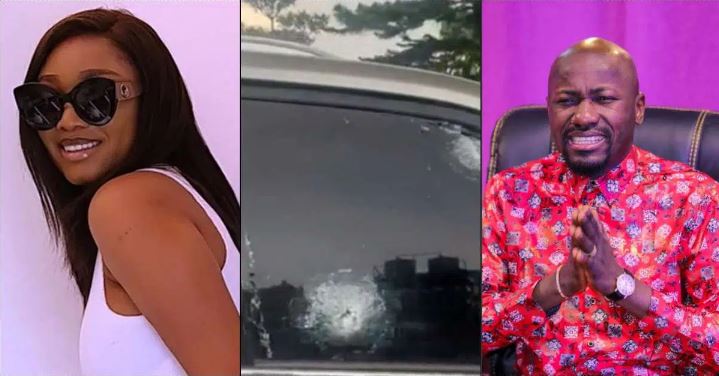 She slams netizens rejoicing over the attempted assassination of a clergyman, Apostle Suleman.

The preacher’s convoy had been attacked on Thursday, 21st of October, where seven lives were lost.

The assassination attempt stirred reactions across the internet space some of which include excitement over the incident.

In reaction to this, Sonia Ighalo lambasted Nigerians for being insensitive and full of spite against their own people.

This man was in the car with his family.. 7 people lost their lives.. Y’all jubilating. where is thy humanity for christ sake! Are we now encouraging assassination?” she wrote.

Sonia continued, “Nobody is talking of why he is being pursued…

Y’all more concerned that he is man of God moving with escorts/ bulletproof car.

Trump was right anyway… Naija is a Shithole country.”