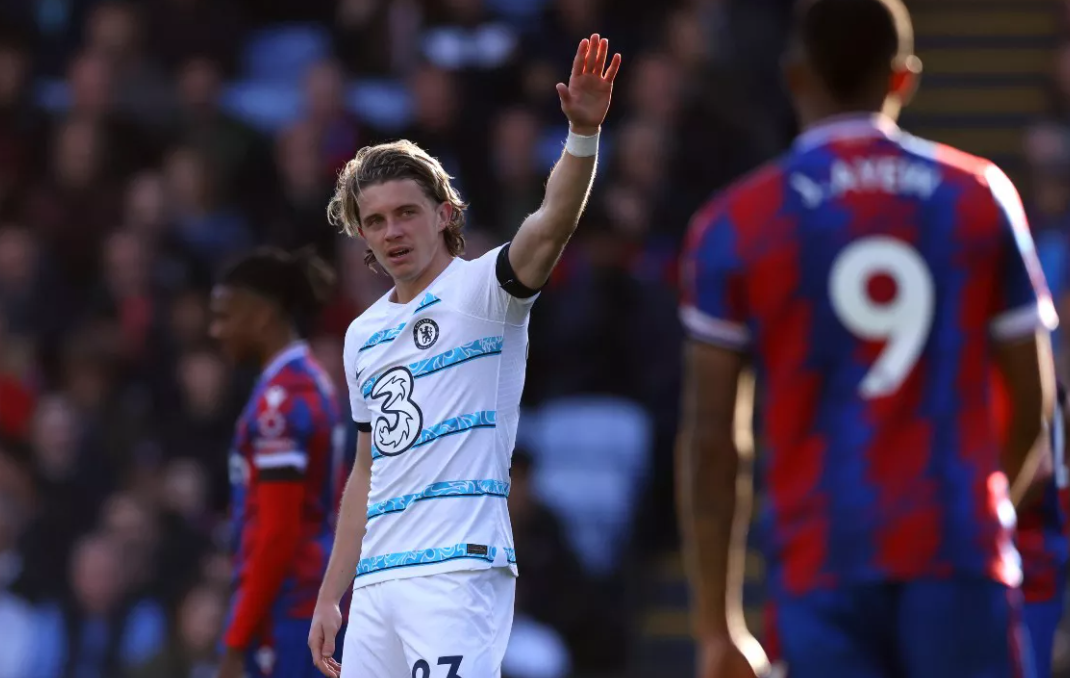 Chelsea were never close to letting Conor Gallagher leave the club in this summer’s transfer window, despite plenty of speculation over his future.

Gallagher enjoyed an eye-catching loan spell at Crystal Palace last season, earning himself a call-up to the England squad in the process, but it wasn’t entirely certain if he’d return to Stamford Bridge as part of the club’s first-team plans for this term.

Still, it seems Gallagher is now growing in confidence and proving himself in this Chelsea team, with the 22-year-old scoring a stunning strike to win this weekend’s game away to Palace.

Graham Potter will surely have been impressed by Gallagher’s impact, and Blues fans will be hoping he can become the latest success story of their academy, following Mason Mount and Reece James also progressing into the senior side in recent years.

Writing about Gallagher’s summer situation in his exclusive column for Fabrizio Romano insists that although Palace and Newcastle were interested in the England international this summer, a departure was never close as Chelsea were eager to keep him, while he also wanted to stay in west London.

“What a goal from Conor Gallagher against his old club Crystal Palace this weekend! So, what’s the truth about his situation over the summer, when he was linked with several potential moves away from Chelsea?” Romano wrote.

“In all honesty, it was never close because Chelsea, and also Thomas Tuchel, decided to keep Gallagher at the club this summer. They had many approaches from Palace, Newcastle but never anything close or advanced as Gallagher was also happy to stay and fight for his place at Chelsea.

“It looks like it was the right move – Gallagher showed his tremendous potential on loan at Palace last season and now he’s starting to deliver for Chelsea as well.”

Here Are Common Reasons Why Your Stomach Is Getting Bigger