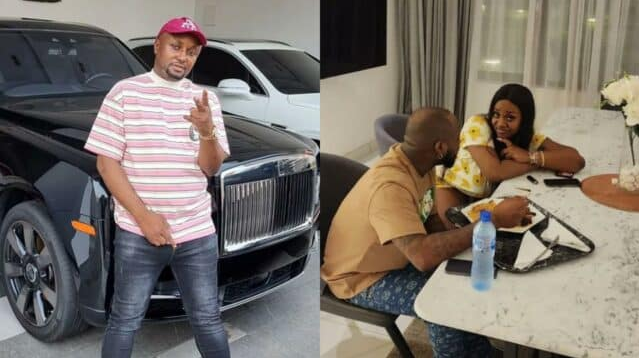 Israel DMW Shares A Picture Of Davido & Chioma In Reunion Rumors: Isreal DMW, the logistics manager of popular singer Davido, drops a cryptic quote as he shares a photo of his boss and Chioma Rowland.

Rumors of a reunion have trailed several sightings of the two former love birds after they were spotted together on several occasions.

The popular socialite, Cubana Chief Priest had fueled the hopes of shippers by assuring fans that Chioma is likely to take in for the singer again.

In a new post shared by Israel, the aide stated one does not involve himself in matters of the heart between a man and his woman.

His post has stirred varied reactions from social media users:

BBnaija: Sheggz’s Ex Says Why She Stopped Rooting For Him While He Was On The Show

What Is Wrong With These Kids? High School Students Leak Their Bedroom Videos