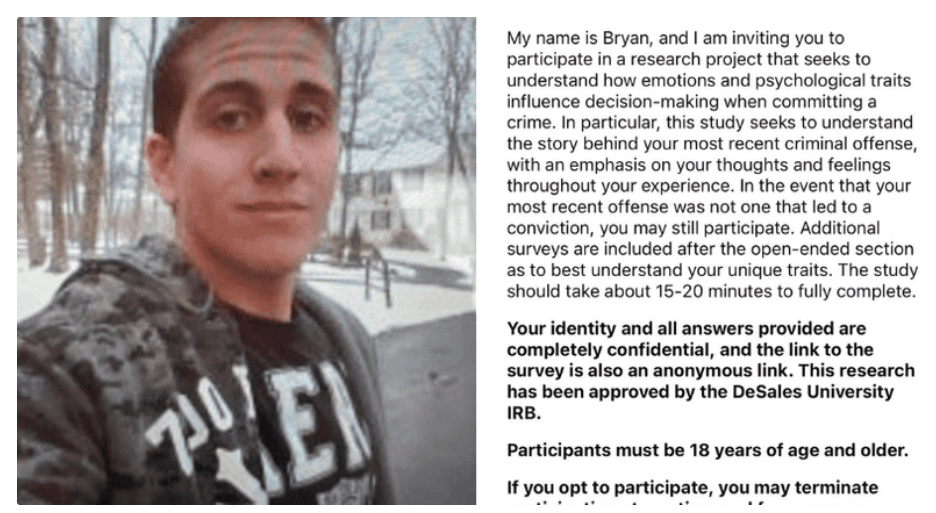 MOSCOW, PENNSYLVANIA: Bryan Christopher Kohberger, the suspect in Idaho College Murders has been taken into custody and is now being questioned by the relevant authorities. The 28-year-old man is being held for allegedly killing four students, namely Madison Mogen, 21, Kaylee Goncalves, 21, Xana Kernodle, 20, and Ethan Chapin, 20. Currently, he has been listed as a PhD student at Washington State University. Kohberger has been pursuing a doctorate in criminal justice in Pullman. The record shows that a man with the same name is also listed who received a Master of Arts in Criminal Justice from DeSales University in 2022.

The suspect had released an online questionnaire on Reddit while working on his research paper in an attempt to understand the psychology of criminals. He wrote, “My Name is Bryan, and I am inviting you to participate in a research project that seeks to understand how emotions and psychological traits influence decision-making when committing a crime.” Kohberger continued while urging criminals to contribute to his study, “In particular, this study seeks to understand the story behind your most recent criminal offense, with an emphasis on your thoughts and feelings throughout your experience. In the event that your most recent offense was not one that led to a conviction, you may still participate.”