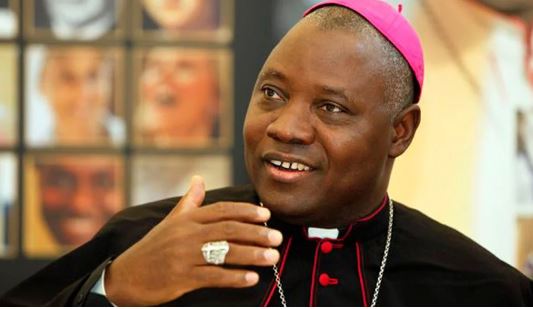 The Metropolitan Catholic Archbishop of Abuja, Most Revd. Ignatius Ayau Kaigama, has made a new revelation.

He explained that he was pressurized not to accept the National Honour of Officer of the Federal Republic (OFR) conferred on him by President Muhammadu Buhari.

Archbishop Kaigama was honoured alongside 442 other Nigerians and seven foreigners recently conferred with this year’s National Honours in the country.

Archbishop Kaigama, on Friday in Abuja, in a statement explained that following the news that he was among those to be honoured, few persons urged him to reject the offer, while many felicitated with him.

According to him, “Someone commented on the social media before I received the award: ‘Why is the bishop collecting the award in a country where hunger, insecurity, killing is the order of the day; who will tell the government the truth?”

He added that after he received the award, someone queried that if he had rejected this, even politely, would he not have made a huge statement that he is on the side of the people?

He said that those who enjoined him to reject the award should be logical with their sentiments, stressing that they should equally reject the national budget presented recently by the President.

He opined that rejecting the national award based on the issues of injustice, insecurity, lack of essential amenities, among others, is like distancing himself from project Nigeria.

Shock As Nigerian Pastor Slumps And Dies In Kogi