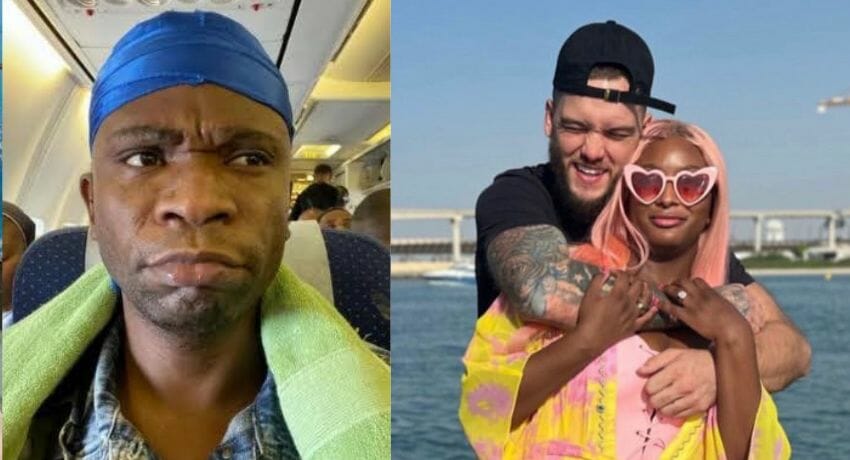 US based Nigerian rapper, Speed Darlington has tackled his love interest, DJ Cuppy on her engagement to Ryan Taylor.

Recall that the billionaire heiress got engaged to her boyfriend in Dubai.

In what seems like a confrontation than an advice, the rapper queried if the disc jockey married for love and not peer pressure from her father.

He noted how the African culture frowns at a younger sister getting married before her elder sister.

As such, he hopes Cuppy didn’t rush her relationship to outdo her sister, Temi Otedola who is engaged to singer, Mr Eazi.

Darlington went on to note that although Cuppy didn’t end up dating him, he wishes her the best. He said in part:

“DJ Cuppy I hear say Dem don use Rolex watch carry you. All the sign wey I don give you, you still go end up with another guy, you no end up with him.

This is coming after, DJ Cuppy revealed that she had began marriage counseling, ahead of their wedding.

Although DJ Cuppy and Ryan are yet to publicly announce their wedding date, DJ Cuppy posted a photo of herself, Ryan, and British DJ, Charlie Sloth on Twitter where she stated that they were having a business meeting and marriage counseling.

‘Una still dey travel with pepper?’ – AY Replies to Chioma Akpotha as she saves him from insipid food in Saudi Arabia