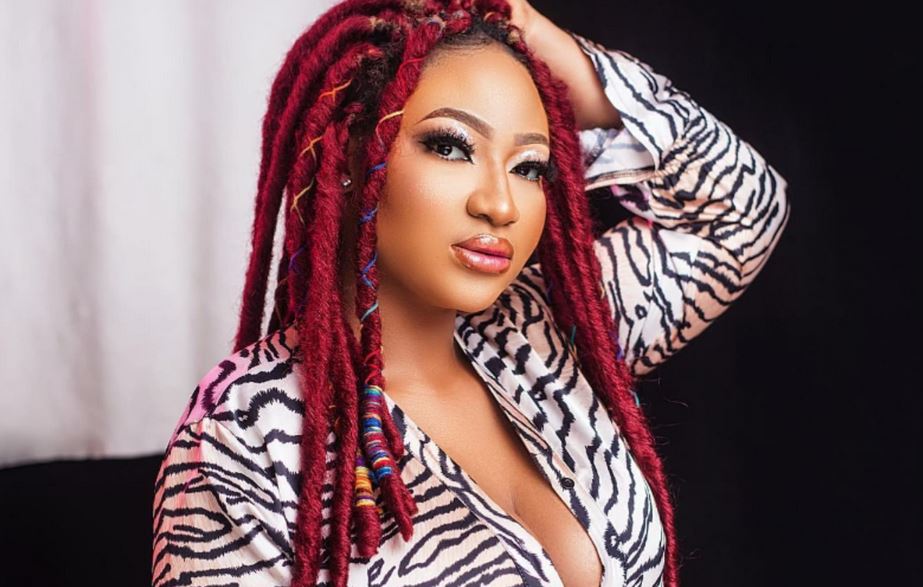 Popular Nigerian skit maker, Aluko Gold, aka Diva Gold, has disclosed that she decided to go into skit making because she was not getting movie roles.

Speaking on the real reasons she didn’t get movie roles, Diva Gold explained that movie producers made it difficult because they wanted s3x from her.

In an interview with Sunday Scoop, Gold said, “Diverting to skit making was because it wasn’t easy getting movie roles without giving in to s3xual advances here and there, especially as a lady. So, I thought about skit making since it’s also a way for me to showcase my acting skills and I bless God for His mercy thus far.

“I got inspired to be an actress from my childhood. Growing up, I always watched soap operas and seeing the actors, who showcased their talents back then, inspired me. As I grew older, I joined the drama group in my church and this helped me to have an avenue to better develop and improve my acting skills.

“Subsequently, during my university days, I decided to take it to the next level and face this career path squarely. I featured in the popular Jenifa’s Diary, where I played the role of Omolade, Sege’s sister. I’ve also acted in some other movies.”

Speaking on if having a curvy body had given her more opportunities in the industry, she said, “I will say it’s God’s grace actually, because there are so many women with bigger curves, and there are also women with no curves who have made it far. So, I will say it’s my acting skills and God’s grace that have paved the way and are still paving the way for my growth.”