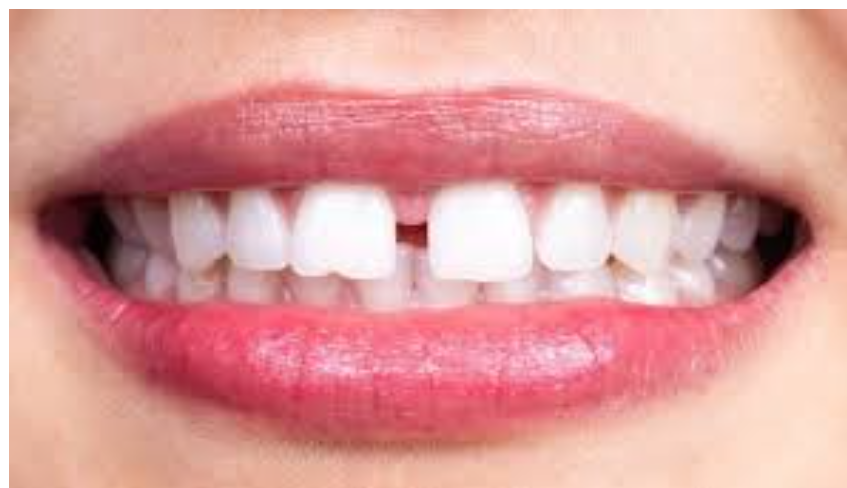 A diastema is the term used to describe the area of extra space or gap that exists between two or more teeth. It is typically innocuous, and there are times when people don’t even notice it. In most cases, they can be recognized as the gap that exists between the two front teeth of the upper jaw. When children lose their primary teeth, they frequently develop diastemas, which are eventually filled in by the eruption of their permanent teeth. In most instances, diastemas are filled in by the eruption of their wisdom teeth. Other factors, such as discrepancies in tooth size, the presence of an enlarged labial frenum (a fold of tissue between the inside of the upper lip and gum above the upper front teeth), missing teeth, or problems with the alignment of the teeth, such as an overjet or protrusion, can also contribute to the gap between the teeth. Other factors that can contribute to the gap include missing teeth. The following are four of the most common causes of diastema, as outlined by Medical News Today and Healthline: (Gap teeth). 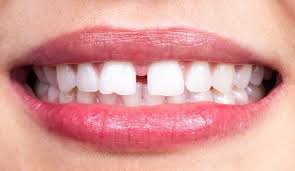 1. the absence of teeth or inadequate tooth development

A diastema may develop if some teeth are missing or if some teeth are much smaller than the others. It is common for this to involve the upper lateral incisors, which are the teeth that are located on either side of the two front teeth located in the upper jaw. According to Healthine, a space can develop between the two front teeth if the top lateral incisors are either nonexistent or of a size that is only slightly larger than normal.

2. A labial frenum that is too large.

The labial frenum is the name given to the band of tissue that may be found running from the inside of the top lip to the gum that sits above the upper front teeth. If these tissues are exceptionally large, then there is a possibility that they will cause spaces to form between these teeth.

It has been reported by MedicalNewsToday that diastemas are also capable of developing as a result of gum disease, which is a form of infection. In this particular instance, inflammation causes damage to the gums as well as the tissue that supports the teeth. This might result in the loss of teeth as well as spaces between the teeth. Gum disease can be identified by the appearance of red and swollen gums, loss of bone, loose teeth, and bleeding gums.

When done repeatedly, biting the lower lip causes stress to be applied to the front teeth, which in turn causes them to protrude outward. Furthermore, activities such as tongue thrusting and thumb sucking can put pressure on the front teeth, causing them to protrude as a result. Adults are more likely to develop a diastema between their upper front teeth if they have an improperly placed tongue piercing or stud.

Major Reasons For Slump In Adults, Its Early Signs, And How To Prevent It