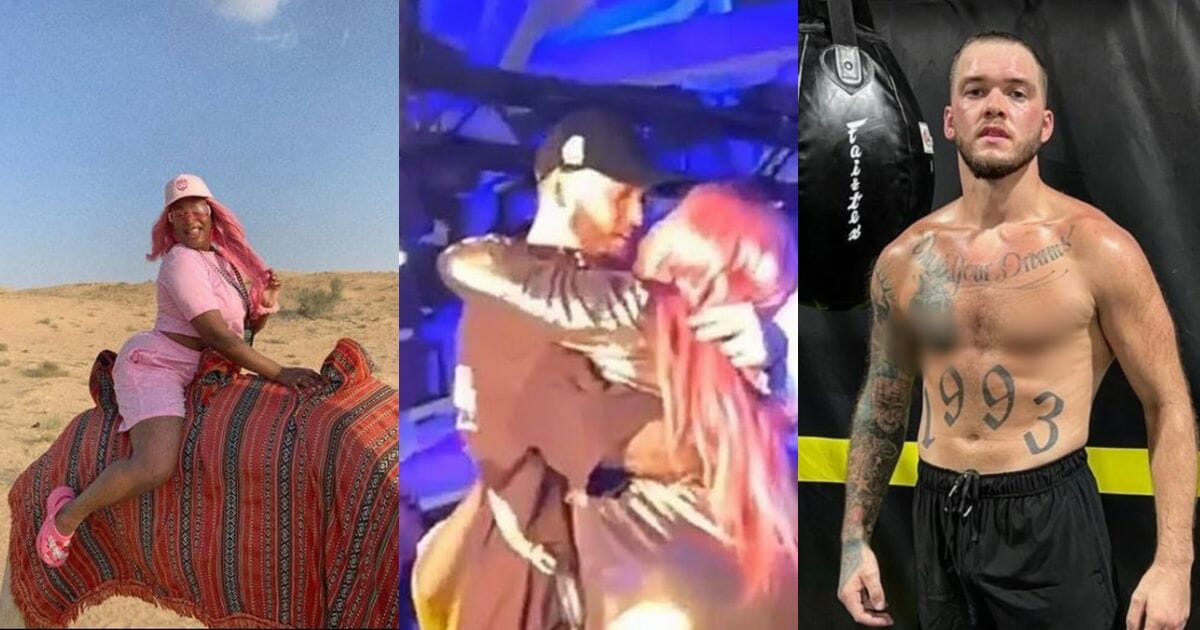 This is coming just hours after Speed Darlington tackled her on her engagement to the boxer.

DJ Cuppy who shared a video of them, captured Ryan smothering her with kisses, while cuddling her in front of the mirror.

The lover girl who was all smiles captioned the video:

“Get you a man that’s obsessed with you.”

In reaction to the loved up video, many have shown their support for the couple while others seem to be in doubt if their relationship will stand the rest of time. See video and reactions below:

Recall US based Nigerian rapper, Speed Darlington tackled his love interest, DJ Cuppy on her engagement to Ryan Taylor.

In what seems like a confrontation than an advice, the rapper queried if the disc jockey married for love and not peer pressure from her father.

He noted how the African culture frowns at a younger sister getting married before her elder sister.

As such, he hopes Cuppy didn’t rush her relationship to outdo her sister, Temi Otedola who is engaged to singer, Mr Eazi.

Darlington went on to note that although Cuppy didn’t end up dating him, he wishes her the best. He said in part:

“DJ Cuppy I hear say Dem don use Rolex watch carry you. All the sign wey I don give you, you still go end up with another guy, you no end up with him.

Fans gush over Adesua and Banky W’s romantic display as they chat about her EP, ‘Sue ME’ (Video)