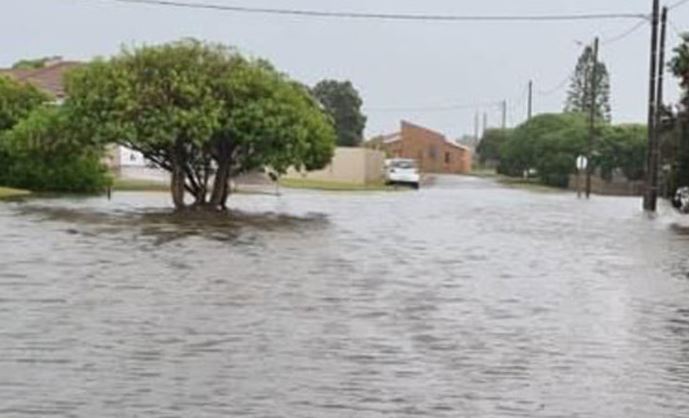 As River Niger overflowed its banks due to a downpour, twelve communities in Etsako Central Local Government Area of Edo State have been submerged in flood, leaving residents stranded.

Residents of these communities had to flee because the water level in most of the communities rose above the window level of their houses.

People were forced to move around in canoes.

Agricultural produce like rice, cassava, vegetables, potatoes, ground nuts and others have been completely submerged by the devastating floods.

Residents said churches, mosques, markets and schools have all been submerged by flood and called on the state and federal governments.

A resident of Udaba community, Mr Isaac Omoaka, said the flood was worse than the 2012 flood.

The people are calling on governments at the Federal, state and local to come to their aid before they start losing their lives due to the devastating effects of the flood.

Isaac Omoaka said, “My village is completely submerged. Since I was born, I have never seen such a thing. This year’s flood is ten times that of 2012.

“We have a prominent son who built schools, a hospital complete with a mortuary, laboratory, x-ray and several amenities all of them now are under the water.”

The Edo State Commissioner for Special Duties, Osasere Evboumwan said: “We were in Etsako Central last Friday; myself, NEMA, SEMA, the Head of Local Government Administration, WHO and others.

“We are sending our report now to see how we can provide relief for them.

“Their farms have been taken away by water, every year this flood comes and NEMA said the only solution to this is to dredge the River Niger, otherwise it will continue to occur.

“For the immediate solution, we are going to be supplying food for them, the IDP centre in Ogomeri is dry and there are facilities there, but the people are reluctant to come there.

“We are preparing the IDP for them, there are mattresses there, there is a generator, fridge is there, the kitchen is there, then we will beef up to the medical centre.”

Strike: FG Reveals What Will Happen To ASUU As Strike Continues

Ayu Should Resign In The Interest of Peace – Former PDP Spokesperson