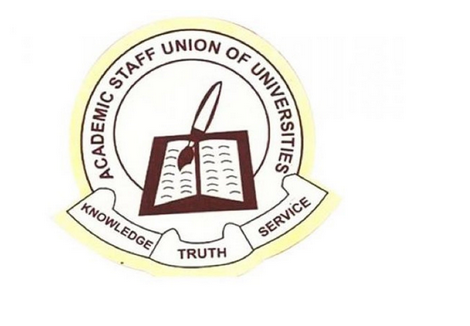 The Federal Government has asked the Court of Appeal Abuja Division to dismiss an objection filed by the Academic Staff Union of Universities.
This is as the court will on Friday decide the fate of the two applications filed by the striking Academic Staff Union of Universities (ASUU), challenging the interlocutory injunction of the National Industrial Court of Nigeria (NICN), asking members of the union to go back to work.
A report by Punch revealed that the Federal Government asked the appellate court to dismiss the appeal for being incompetent.
The court fixed the date for the ruling after hearing the submissions of the counsels to ASUU, Femi Falana and the Federal Government, James Igwe.
When the matter was called, Falana told the court that he filed the motion on notice for two main reliefs, the first for leave to appeal, dated September 28, 2022 and the second, for a stay of execution of the order of the lower court, dated September 23, 2022.
He told the court that they were withdrawing the stay of execution and sustaining the application for leave to appeal the ruling.
According to him, the application for leave is supported by 17 paragraph affidavit, two exhibits-ruling of (NICN) and proposed notice of appeal- and a written address in support of the application.
While noting that the Supreme Court had affirmed the right of people dissatisfied with the ruling of the NICN to appeal to the Court of Appeal, to reject the objection of the Federal Government on the grounds that the substantive matter is yet to be determined by the lower court.
Responding, Igwe said they filed a counter affidavit dated October 5, 2022 and supported by seven exhibits and 32-page written address, urging the court to dismiss the applicants’ application.
In a statement from the media office of the Minister of Labour and Employment, Sen. Chris Ngige, Igwe argued that the motion for stay of execution of the order of the lower court can no longer be withdrawn, since both parties have joined issues on the matter, urging the court to look at the application and dismiss it based on the balance of justice.
“We are challenging the entire application. It is incompetent. Your Lordship cannot grant leave in an incompetent application. Both applications offend the rules of the Court. Order 6, Rule 4 is mandatory. We urge your lordships to hold that the entire application being in breach of the rules of this court is incompetent. The court cannot grant prayers in an incompetent application,” he said.
He maintained that there were no exceptional circumstances for which the court should grant the application of the applicants, more so when they approached the court with dirty hands, including the disobedience of the order of a competent court and refusal to file their defense by September 15, 2022 as ordered by the lower court on September 12, 2022.