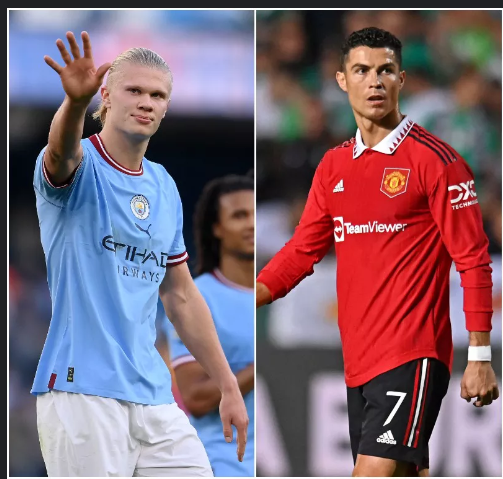 read on for the latest on Cristiano Ronaldo, Erling Haaland, Tammy Abraham, and more!

All documents ready for Barcelona and Atletico Madrid to complete and announce the permanent signing of Antoine Griezmann. The final fee is €20m plus total €4m add-ons package – now just matter of time for the official statement, as the deal is finally in place.

Ferran Jutgla is performing superbly with Club Brugge since Barcelona sold him for €5m plus sell-on clause in the summer. Xavi says: “I’m very happy for Ferran… and we don’t rule out anything Jutgla-related in the future. Here, it’d have been difficult with Lewandowski ahead of him.”

Christopher Vivell is set to be appointed as the new Chelsea technical director after positive talks. The Blues are still working on finding a sporting director as well, with an appointment not currently looking imminent.

Graham Potter on Thiago Silva: “I’ve really enjoyed working with Thiago, he’s a character – fantastic experience behind him but has a humility to just so the job and that’s nice to see.”

Tammy Abraham on Chelsea’s buy-back clause: “I’m happy with Roma and I’m focused on my job here. The team is good. The manager is good. The city, the fans, I’m happy. Only God knows the future.”

Everton have the option to sign Conor Coady permanently in June. Frank Lampard on triggering the clause: “It’s maybe not a question for now as it’s a long season. I don’t think it’s time. Conor knows how I feel about him and how the club feels about him.”

Jurgen Klopp protecting Darwin Nunez again: “I really like his movements, they are really good and natural. That’s something we didn’t have in that way before. That’s what I like Darwin and that’s why I’m sure everything will be fine.”

Pep Guardiola on Romeo Lavia: “Romeo started amazingly at Southampton, then he’s had an injury… he left City as we got a good offer for him and his development, but we have an option in the future”.

Pep Guardiola: “Thank you so much that Haaland chose Man City! All of the questions about Erling… but the guys at Man City accept it perfectly. De Bruyne’s an exceptional person, he’s happy to have Erling and it goes for all the players.”

So many players were linked with Newcastle last year after their new owners came in, but what a statement signing Bruno Guimaraes has ended up being in. One for the present and the future, he joined for €42m plus add-ons – it looks like great business. Many other clubs were also interested but he chose Newcastle.

Could Rangers lose this big talent to the Premier League as four/five clubs show an interest? Click here to find out.

Carlo Ancelotti on Toni Kroos: “Toni Kroos’ renewal? It depends on him. If he decides to stay, we will all be happy.”

Video: Former Chelsea star admits he “couldn’t stay” because of issue with The Coach