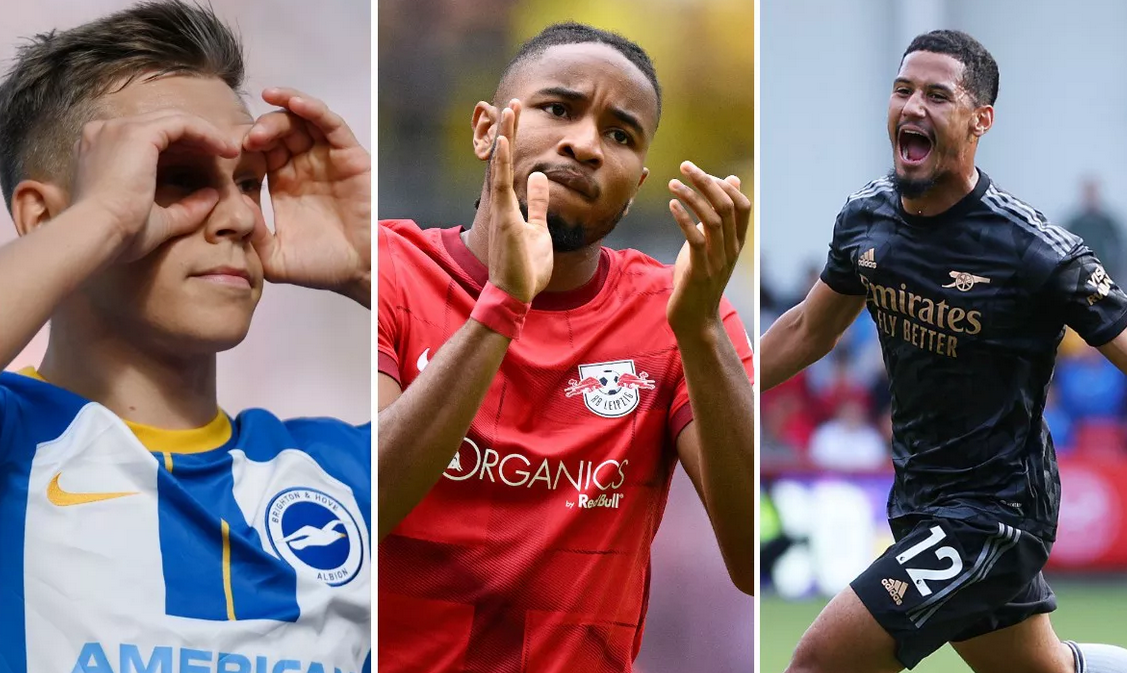 Welcome to my latest Daily Briefing! Click here to subscribe and get this straight to your inbox five mornings a week!

Could AC Milan really be working on signing this big name from Chelsea? Click here to find out.

Another rock-solid defensive display against Tottenham, but how close did William Saliba come to leaving Arsenal this summer?

Gabriel Jesus on Endrick: “I saw Endrick when I was training with Palmeiras for few days… and I said: wow, crack, fenomeno! He’s only 15 and he has top skills like a professional. I’m supporting Endrick, he’s a top talent. He will need time.”

In other news, Arsenal are hoping to move ahead of Liverpool and Manchester United in the race to sign Ruben Neves from Wolves (Daily Express)

Xavi on Robert Lewandowski after his winning goal against Mallorca: “Lewandowski is a player who gives you guarantees, it’s very clear. I’d argue he’s the best goal scorer in the world.”

Is Lewandowski the best striker in world football right now? Let me know YOUR views in the comments!

Leandro Trossard stole the show for Brighton against Liverpool yesterday with a sublime hat-trick at Anfield – what lies next for the Belgian winger following recent links with Chelsea?

“No comment,” said Graham Potter when asked about Christopher Nkunku – but click here for my latest exclusive insight into the RB Leipzig star’s medical with Chelsea.

Graham Potter on Christian Pulisic: “He has been really positive. He’s a smart guy. My conversation with him has been good, positive. I’m not going to judge anybody on what’s happened in the past. I make my own mind up. Football hopefully decides.”

What’s the latest on Pulisic’s future?

Graham Potter: “We’re delighted for Conor Gallagher. Of course he has a lot of respect for Palace… but he is a Chelsea player, now.”

Jesse Marsch on Wilfried Gnonto: “Willy has pleasantly surprised all of us, he’s fantastic. He’ll be in the squad this weekend and we think he can play a big role for us — I could revise my original statement”. Leeds invested €4.5m plus add-ons to sign Gnonto on Deadline Day.

Yet another midfielder is being linked with Liverpool – click here to find out who, and how likely a deal is.

But how close was Guardiola to becoming Manchester United manager in the past? Click here to find out.

Who do you think is going to win today’s Manchester Derby? Let me know in the comments!

Erik ten Hag on Marcus Rashford after PSG approaches turned down: “From day one I was very excited to work with Rashford, I already knew the impact he could have and his potential. He brings that potential onto the pitch and I’m really happy with his development.”

In other news, Frenkie de Jong is still a transfer target for Manchester United even after they failed to sign the Barcelona midfielder this summer (ESPN)