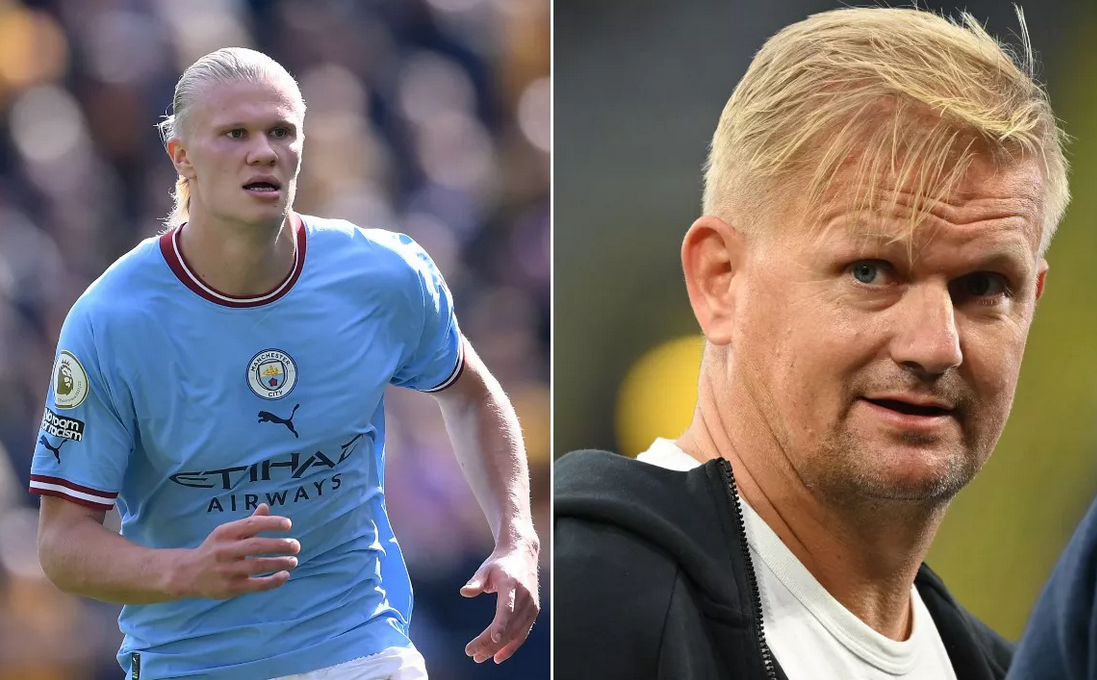 Alf-Inge Haaland, the father of Manchester City striker Erling Haaland, has hinted his son won’t be at the Etihad Stadium for very long.

The Norway international has been a big hit for Man City since joining from Borussia Dortmund this summer, scoring 14 goals in his first 10 games for Pep Guardiola’s side, continuing the kind of remarkable scoring record he displayed in his time in the Bundesliga.

Still, it seems Haaland’s father already has a career path in mind for his son, suggesting that the 22-year-old might only spend three or four years in Manchester at most, before also testing himself in Italy, Spain and France in the future.

Speaking on the documentary ‘Haaland: The Big Decision’, as quoted by the Daily Star, Alf-Inge, who also played for City, said: “I think Erling wants to prove his abilities in all leagues. Then he can stay there [Manchester City] for three or four years at the most.

City fans will hope to keep hold of their goal machine for as long as possible, but it’s clear it’s going to be difficult to keep the likes of Real Madrid, Barcelona and PSG away for long if he carries on scoring at such a phenomenal rate.