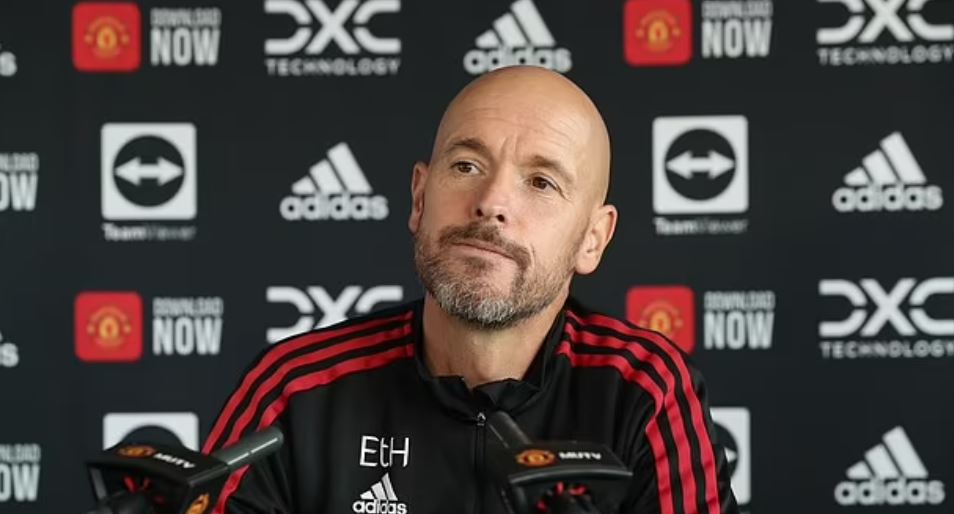 Erik ten Hag has broken his silence over his strained relationship with Cristiano Ronaldo.

Dailymail reported that the Manchester United manager said he punished Ronaldo because the Portuguese star failed to live up to the standards he has set at the club.

He also confirmed the player refused to come on as a substitute in the match against Tottenham.

Ten Hag also revealed he dropped Ronaldo for clash at Stamford Bridge for the sake of the squad and said he had little choice but to take action after the player had been warned for leaving at half-time in a pre-season friendly against Rayo Vallecano.

‘I’m the manager, I’m responsible for the culture and I have to set standards and values and control them,’ Ten Hag said.

‘As a team we have standards and values. After Vallecano I said it wasn’t acceptable but he wasn’t the only one. The second time there is consequences and that is what we did.

‘We miss him tomorrow. It’s a miss but its imp for the mentality of the group. We focus on Chelsea.

‘I set a warning at the start of the season and next time there have to be consequences.

‘When you living and playing together, football is a team sport, you have to fulfil certain standards, and I have to control.’

Ronaldo on Friday arrived with the under-21s and underwent individual training with a fitness coach as he got used to life in exile at United following the remarkable scenes at Old Trafford on Wednesday night.

Ten Hag also confirmed Ronaldo was still part of his plans despite the incident. ‘He remains an important part of the squad,’ the Dutchman said.

United would not comment on Thursday night on whether Ronaldo had been fined the maximum two weeks’ wages, which would cost him £1million.