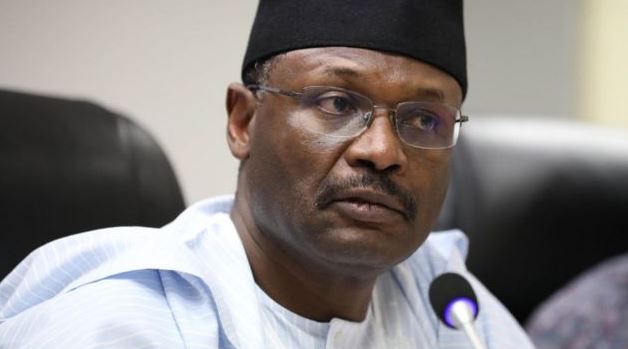 Ahead of the 2023 general elections, the Independent National Electoral Commission has raised concerns that the process might be disrupted due to insecurity in the country’s South-East, North-West and North-East regions.

Speaking at an event organized by National Endowment for Democracy and the International Foundation for Electoral Systems at the NED Headquarters, Washington DC, United States of America, INEC Chairman, Prof. Yakubu Mahmood noted that while insecurity has spread to some parts of the country, he has received assurances from the service chiefs that they would secure the voting environment during the 2023 polls.

“Are there concerns about the 2023 general election? I’ll be the last to say there are no concerns. The first concern is the perennial issue of insecurity in different parts of the country, compounded by the traditional issues of thuggery during elections organized by some of the political actors.

“I say it is a perennial issue because, at the end of the day, it is nothing new. However, the dimension of the insecurity is concerning in the sense that in the past, it was localized or confined to a particular part of the country, the northeast. But now, it is more widespread and we are keeping our eyes, particularly on the northwest and the southeastern parts of the country.

“Elections are conducted by human beings. We worry about the security of our officials, voters and the materials to be deployed. Without them, we cannot conduct elections. We have spoken to the security agencies and they have assured us that the situation will improve before the elections.

On the introduction of the Bimodal Voter Accreditation System (BVAS), Yakubu said the technology has eliminated the flaws in previous elections, including identity theft and multiple accreditations.

He also said the commission has dispatched the BVAS to over 23 states of the federation. Yakubu said;

“The BVAS has eliminated multiple accreditations that were observed in previous elections. Now, you are sure that the person who is accredited is the voter and the bearer of the card.

“It has increased public confidence in the outcome of elections as shown in the recent off-cycle elections. People tend to be more confident now with the protection of the process of accreditation using technology.

“It has eliminated the use of the Incident Form. For those of you who have been following our elections for a long time, when the Card Reader was introduced, the machine would read the card but it may not read the biometrics.

‘’So, every registered voter must go through the biometric and the facial, and we jokingly say that the only way the two processes can fail, particularly the facial, is when the voter forgets his or her face at home on election day. The system of using the BVAS for the conduct of elections has come to stay. There’s no going back.”

Wife of Celebrity Auto-dealer, IVD In Critical Condition After Burning Down Their House Over Alleged Domestic Violence (Video)