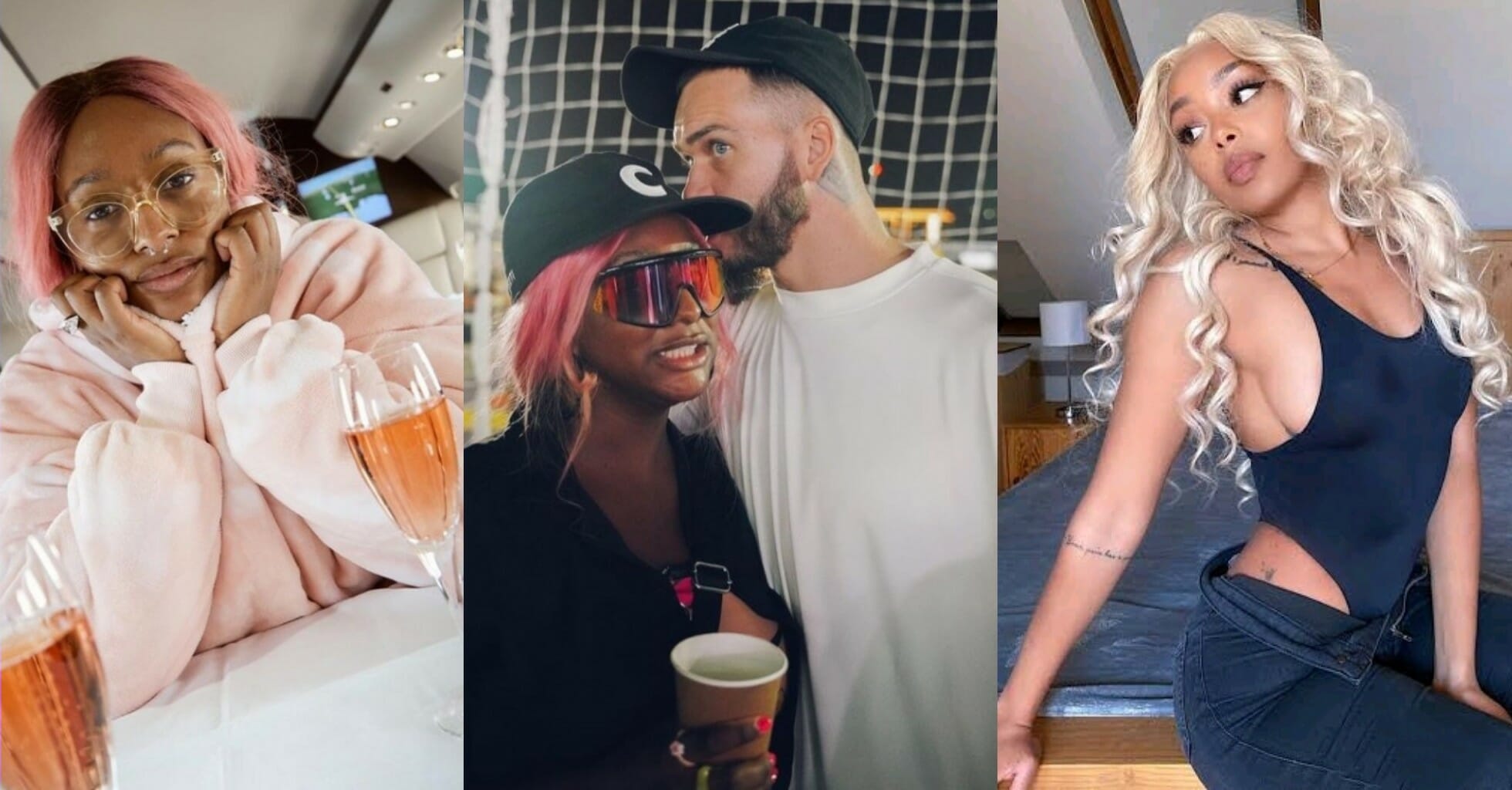 Recall that boxer, Ryan, made headlines some weeks ago after he proposed to Billionaire Femi Otedola’s daughter at a show in the UAE.

A new video shared by Fiona Michelle on TikTok, which made the rounds on Saturday afternoon, seemingly captured her romantic moments with Ryan Taylor. Despite his face being hidden in the video, the tattoos on his body match that of the amateur boxer.

SEE VIDEO AND SCREENSHOTS BELOW

This, however, stirred mixed feelings among the fans of DJ Cuppy on the fate of her relationship which she’s fully invested in from her series of public displays of affection.

Reacting, amidst the internet buzz and numerous speculations about the fate of their relationship, the billionaire’s daughter took to her Instagram story to react unbothered.

The renowned DJ shared a photo of herself with her fiance while adding ‘Heart Hands’ emojis which means ‘Love and Support.’

Netizens react to report of DJ Cuppy’s fiancé, Ryan expecting a child with another woman (Video)

Video: Wizkid called out for not showing up for concert at Accra Sports Stadium in Ghana (Videos)