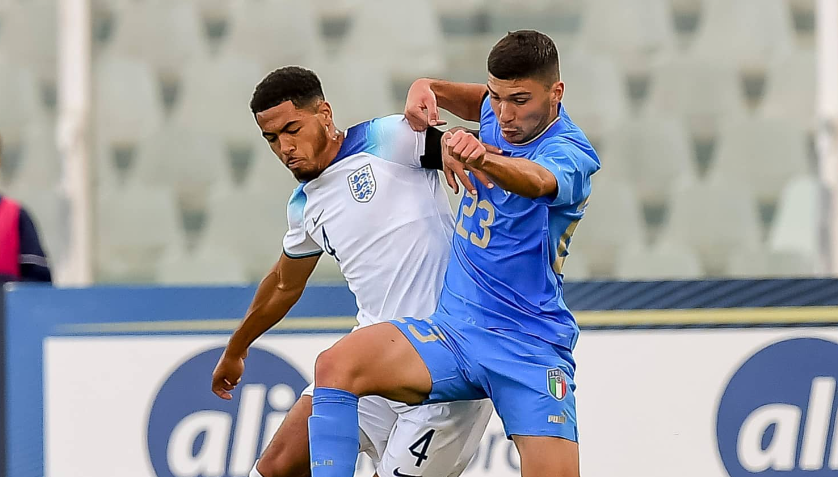 A Chelsea centre-back drawing Virgil van Dijk comparisons is wanted by three Italian clubs, and an exit in 2023 is deemed ‘extremely likely’, per a report.

The Blues’ backline underwent major surgery in the summer. Marc Cucurella, Wesley Fofana and Kalidou Koulibaly all arrived to offset almost three times as many exits.

One name among those to leave – albeit via the loan route – was Levi Colwill.

The 19-year-old is a mainstay for the England Under-21s at present and rose to the fore through a superb loan spell at Huddersfield Town last year.

He was chased by several Serie A sides over the summer, but it was Brighton who ultimately secured his signature straight after Cucurella went the other way.

The left-sided centre-half joined the Seagulls on a season-long loan. Indicating how highly he’s thought of at Stamford Bridge, Chelsea refused to include any option of obligation to buy for Brighton.

Graham Potter was in charge at the AMEX when Colwill was signed, though the youngster is having difficulty attaining regular minutes.

The likes of Lewis Dunk, Adam Webster and Joel Veltman are proving sizeable hurdles to overcome. At the time of writing, Colwill’s Premier League minutes total this season stood at just 11.

Colwill will return to Chelsea next summer and according to Calciomercato, the Italian suitors will mobilise once again.

They state all three of AC Milan, Napoli and Atalanta tried to sign Colwill last summer. The interest from all three named clubs could be reignited next year.

Atalanta’s interest was the greatest and the report indicates an exit in 2023 will be ‘extremely likely’.

That is despite Potter now being in charge at Stamford Bridge. The fact they have so many senior centre-halves on the books – Koulibaly, Fofana, Thiago Silva, Trevoh Chalobah – will make it difficult for Colwill to break through once back in the capital.

His talents are not in question, however, with Calcio’s report labelling him the ‘new Van Dijk’.

That comparison is made due to his ‘powerful and structured physique’ combined with his ‘aggressiveness in marking, speed and good technical quality’.

The player’s own personal ambitions to become a regular starter could also play a part in his future, per the report.

Clearly, if Chelsea don’t believe Colwill is ready to start regularly in 2023, there’ll be strong interest from Italy either via the loan or permanent routes.

The new Blues boss started with just two centre-backs for his first match in charge against RB Salzburg.

The formation they played in both instances was fluid. However, it’s indisputable Colwill’s chances of gaining regular minutes would be higher if three centre-backs were playing in a standard back five.

If Potter continues to only select two centre-backs, Colwill will be fourth-choice at best in 2023. Even that position would rely on him leapfrogging Chalobah.