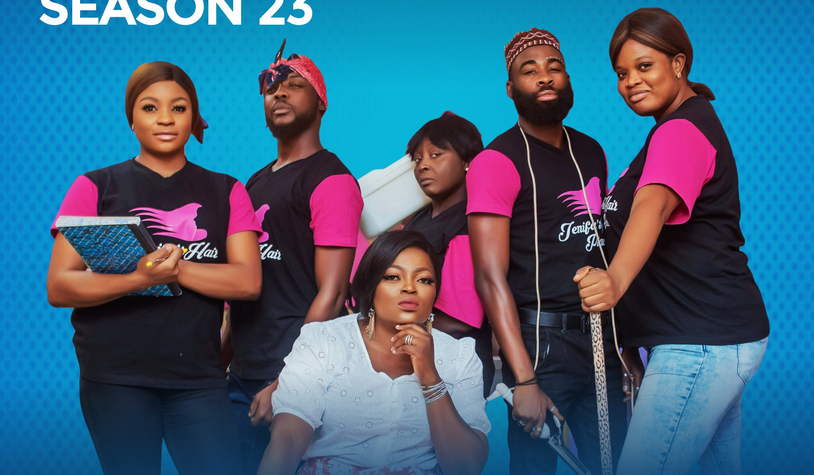 Check Out Top 5 Series Movies To Meet Up The Independence Holiday: It’s a long weekend considering that Monday is also a public holiday.

Here are currently buzzing drama series and shows to relish during this Independence holiday.

Whether with family and friends at home or alone thinking of what to watch or stream, here are top recommendations:

The recent season of Jenifa’s Diary is a comedy series to unwind this weekend. One thing with this series is that the new season comes with a new spice. Catch Season 23 of Jenifa’s Diary on ST Nollywood channel on StarTimes at 8:30pm every Saturday or download the StarTimes-ON app to stream at your convenience. ST Nollywood is on channel 059 on the antenna & 131 on the StarTimes dish. Season 23 is exclusive on StarTimes

This comes highly recommended. This story is better told if you have seen season 1. But season 2 is even doper. See all seasons on the StarTimes-ON mobile app. However, to get everyone at home to join the laughter jamboree, Ile-Alayo season 2 airs Sundays at 7:30pm ST Nollywood and Mondays & Tuesdays on ST Yoruba at 9pm.

Ile Alayo is a comedy series adapted from a movie with the same title. Based on popular demand from the Nollywood audience, it’s now produced into a comedy series.

Africa’s first Afrobeats music show. Expect intense competition, street credibility, eviction drama and more! N10million & more are up for grabs! It’s a show to cool down at home with family and loved ones after the Sunday outings. It airs 8pm every Sunday on ST Nollywood Plus, ST Nollywood, ST Yoruba and on the StarTimes-ON mobile app.

From 10 am to 7 pm, there is a line-up of exciting movies to watch. Before series time belt starts at 7 pm to 9pm. So, if you are a fan of Nollywood and on a budget, ST Nollywood channel offers you amazing content to binge on StarTimes. Aside this, there are over nine other Nollywood channels on the pay-TV platform.

For fans of Bollywood and crime series, Agent Raghav is a series to catch up with daily on the ZEE-ONE channel. Agent Raghav is a gifted detective who can sense the nature of the crime by looking at the victim and deducing the clues mentally. He uses this gift to track the deadliest criminals.

Football fans are not left out on Sporty TV and W-Sport Sports channels which will be showing live matches across Europe this weekend. Watch Liverpool vs Brighton’s EPL live match on Sporty TV at 3 pm on StarTimes.