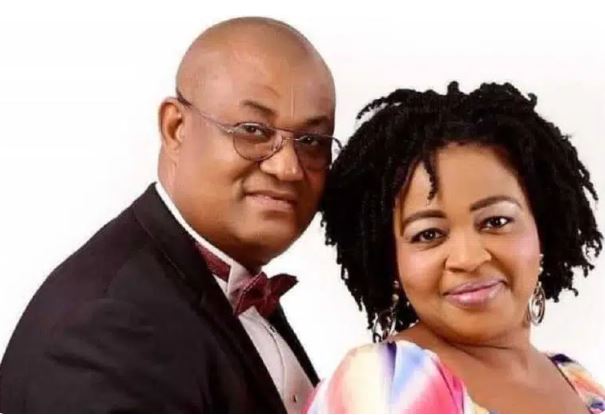 Calabar-based lawyer, Sunny Bassey whose wife died while chasing him and his sidechic is not dead.

It was rumoured that the man died in a coma from the shock of his wife’s death.

Recall that we reported how Clara Bassey had crashed her car along the Murtala Muhammed Highway, Calabar while chasing her husband and the sidechic.

She was said to have died on the spot when the car veered off the road into a ditch.

Her husband, who the deceased was in pursuit of, manoeuvred his vehicle out of the attempted blockade and then took the Murtala Muhammed highway.

”In a bid to outrun her husband, she lost control of the speeding vehicle, veered off the road and slammed the vehicle, headlong, into a tree, damaging the vehicle beyond repairs and also killing herself,” the source added.

A friend of the man put to rest rumours of his death by sharing a video of them together.