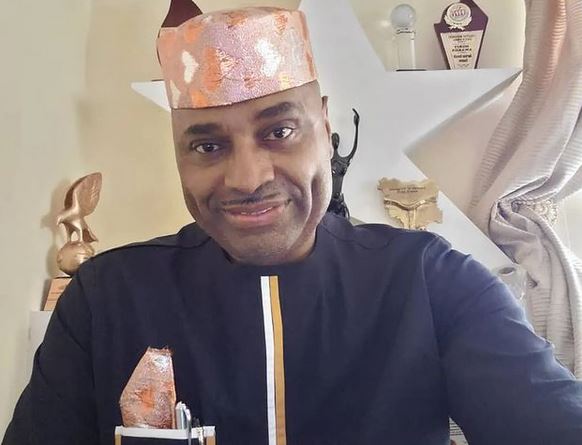 The spokesman for the Labour Party presidential campaign stated that President Buhari has borrowed the country into bondage.

Okonkwo made the remark on Monday during an interview on AIT’s morning show, ‘Kakaaki.’

The actor lamented that the government had borrowed to the point where debt cannot even be serviced by the entire revenue.

He also accused some members of the All Progressives Congress of stealing public funds to buy the party’s nomination forms to contest for political positions.

The Labour Party faithful claimed he had rejected the APC even before announcing his exit from the party.

Okonkwo who announced his exit from APC in July said, “I’ve already ruled out the failures of APC so I rejected APC when I was in APC. I never agreed to pay their nomination fee because I believed that it was a result of corrupt tendencies.

“For you to tell a man to pay a nomination fee an amount that four years of his salary cannot cover and you are telling me you are fighting corruption, which corruption? Why do you think people are stealing 109 billion Naira in an APC-led government, the person that is supposed to guard it, they need to have such money because even if you want to contest, they’ll be asking you for billions to contest.

“So I rejected APC while I was in APC but you have to wait for an alternative, for another option, that will accommodate your own beliefs and remember, I resigned from APC before talking about any other party and when I saw a new Nigeria about to emerge from Labour Party, what I have prayed, what I wished for.

“It was only natural that I gravitated around it and that was what happened. So I was very sentimentally attached to the redemption of this country and I really thought that APC was going to provide that.

“When President Muhammadu Buhari was a military head of state, you know what happened? He was paying our debt with crude oil and people said he maintained his own salary. Look at what is happening now. He has borrowed us into bondage, their debt cannot even be serviced by the entire revenue.”