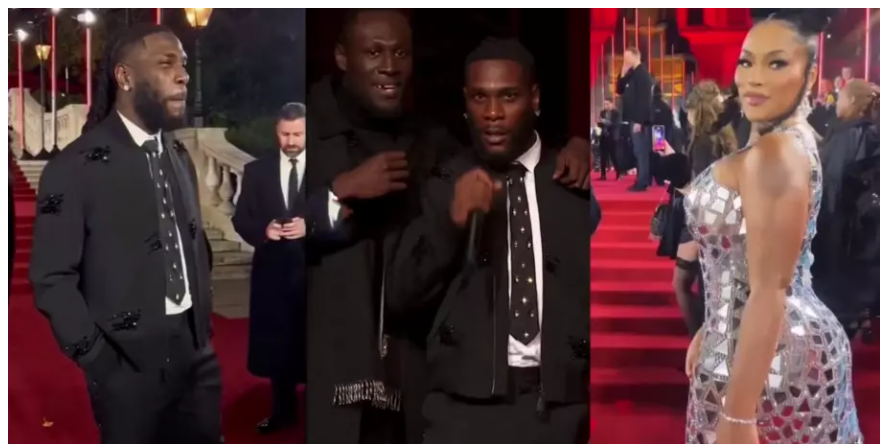 There were lots of trends on the red carpet. From Burna boy and Stormzy’s printed and jacquard-woven burberry suits, to Stefflon Don and Naomi Campbell’s metallic gowns which put the stars’ banging bodies on full display.

One of the major highlights of the show was when Burna Boy fudged his lines while presenting an award on stage.

The Last Last crooner claimed the Teleprompter was too far away and he couldn’t see anything.

The Singer called on his Burberry-clad mate Stormzy, who was only busy looking dapper on the front row. The British Rapper obliged and assisted him as the audience laughed at the funny moments on stage.

Following Burna’s controversial split, back-and-forth with his Ex-girlfriend Stefflon Don, Fans took to social media, to drop teasing comments about Steff being the reason Burna flubbed his lines on stage.