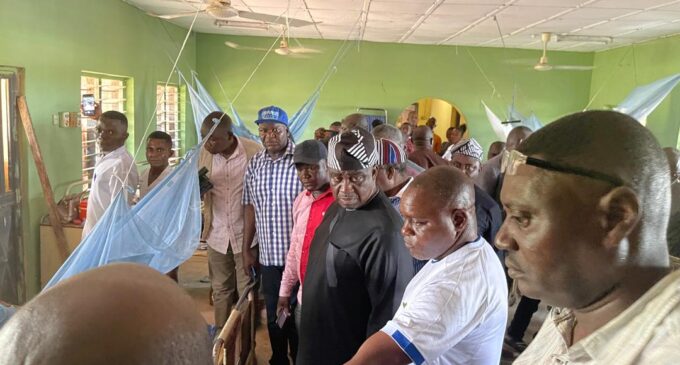 No less than 18 more persons have been confirmed dead in Benue State.

They were killed after an attack by gunmen on Gbeji community in Ukum LGA of the state.

Terver Akase, senior special adviser to the Benue governor on media and publicity, announced the figure in a statement issued on Friday.

TheCable had reported that gunmen were said to have invaded the community in the early hours of Wednesday.

Eighteen villagers, including a police officer, were confirmed dead as of Wednesday.

Akase said as of Friday, another police officer has been confirmed as one of the 18 more bodies recovered.

He said Samuel Ortom, Benue governor, paid a visit to the community alongside other government officials, as well as Gabriel Suswam, senator representing Benue north-east district, and Titus Uba, speaker of the state house of assembly.

Addressing survivors and victims’ families during the visit, Ortom, who was represented by Anthony Ijohor, the secretary to the state government, said with the current security situation, the federal government should approve licence to procure “sophisticated” weapons for the state’s security outfit.

“We are standing on our request for the federal government to give us a licence for our Volunteer Guards to bear AK-47 and other sophisticated weapons,” he said.

“The security agencies have been overstretched. That being the case, our people have to defend themselves.”

Ortom also urged youths to protect their lands, adding that the state government would support the affected persons.

On his part, Suswam accused the federal government of failure to provide security for residents.

“This is totally unacceptable by all standards. It is a clear indication that the federal government has failed in protection of lives and property of the people that they swore to protect,” he said.

“What this means in effect is that power has been transferred to non-state actors. They are totally in charge now and come to kill people at will and go freely and no person has ever been arrested.

While commending security operatives for their efforts, Suswam said there is a need for the deployment of more operatives to support the conventional security agencies.

Shock As Nigerian Pastor Slumps And Dies In Kogi