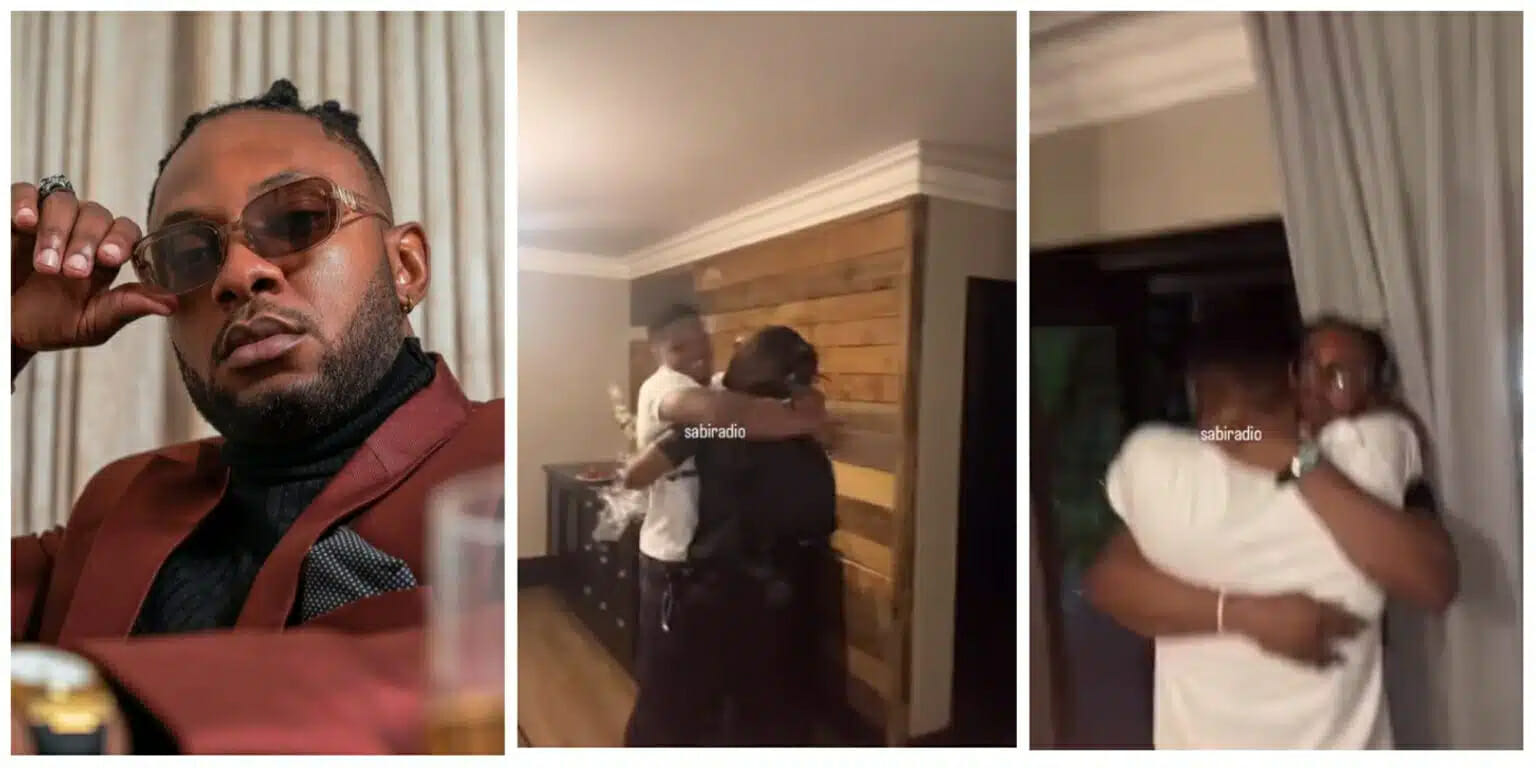 A video of reality TV star Cross Okonkwo being reunited with his lookalike brother, whom he hasn’t seen in 15 years, has gone viral, eliciting warm reactions from netizens.

The Okonkwo’s had a family reunion in South Africa recently, and the former Big Brother Naija housemate there got to see his sibling, whom he hadn’t seen in over a decade.

The brothers, who share a resemblance, gave each other a warm embrace the moment they saw each other in the video shared online showing the beautiful moment.

A video of the Big Brother Naija star locking lips with his mother sparked mixed reactions a while back.

The former Big Brother Naija star recently reunited with his mother after months apart, and he shared videos of the touching reunion on his Instagram page.

The mother and son, who appear to have missed each other greatly, hugged and kissed in the video.

A segment of the video showed the reality star, who was equally pleased to see his mother kissing her on the lips, which sparked outrage on social media.

While fans praised the video’s beauty, some moral police pointed out that Cross’ kissing his mother on the lips was inappropriate.