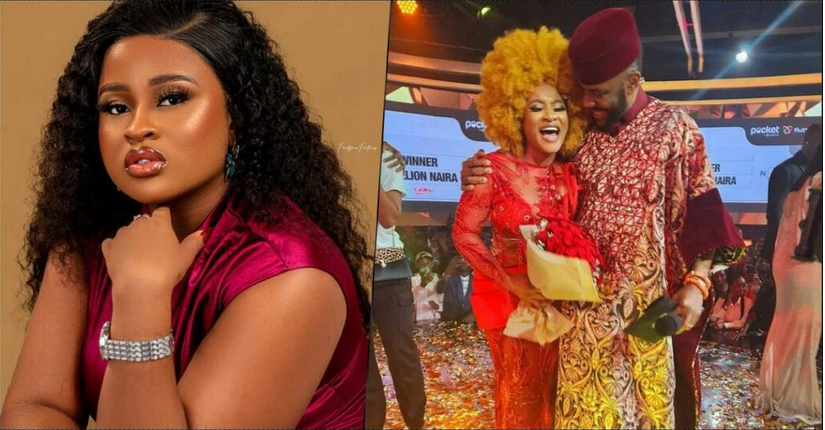 BBnaija: Fans Queries Amaka’s Congratulations To Phyna: “She for no just kuku talk”: Following the conclusion of the BBNaija season 7 show, netizens react to the mode of congratulations of ex-housemate, Amaka, to the winner, Phyna.

It would be recalled that Phyna won the N100M grand prize after a 72-day contest in Big Brother Naija house.

Reacting to the win, Amaka took to her Instagram story to congratulate the winner with a one-syllable word, “congratulations.”

This, however, stirred reactions from netizens who sensed a grudge as many recalled the betrayal of how Phyna snatched Groovy from Amaka.

“She won the money nd also won the man u were all beefing her with….they were all rooting for Bryan,” a social media user wrote.

Like Loading...
Related Topics:BBnaija: Fans Queries Amaka's Congratulations To Phyna: “She for no just kuku talk”
Up Next

Fascinating change story of Zanziman Ellie; the young boy who was abandoned in the wild to eat grass