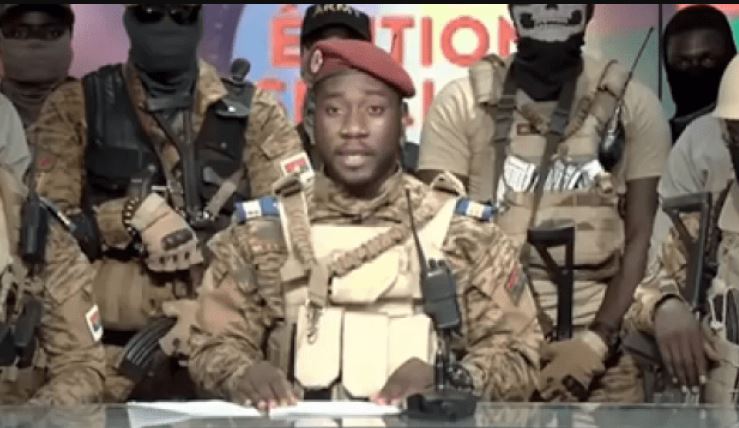 Soldiers in Burkina Faso have confirmed that a fresh coup has taken place in the crisis-ridden West African nation.

Armed men who wore masks appeared on television on Friday night to confirm the ouster of President Paul-Henri Damiba.

This is the second coup in the West African country this year.

The announcement was made hours after report of gunfire in the capital Ouagadougou, an explosion near the presidential palace, and interruptions to state television programming.

Burkina Faso’s new leader is army Captain Ibrahim Traore. In a scene that replicated Damiba’s own power grab in a January 24 coup, Traore appeared on television surrounded by soldiers and announced the government was dissolved, the constitution suspended and the borders closed. He declared a nightly curfew.

Traore said a group of officers who helped Damiba seize power in January had decided to remove their leader due to his inability to deal with the Islamists. Damiba ousted former President Roch Kabore for the same reason.

“Faced with the deteriorating situation, we tried several times to get Damiba to refocus the transition on the security question,” said the statement signed by Traore and read out by another officer on television.

The statement said Damiba had rejected proposals by the officers to reorganise the army and instead continued with the military structure that had led to the fall of the previous regime.