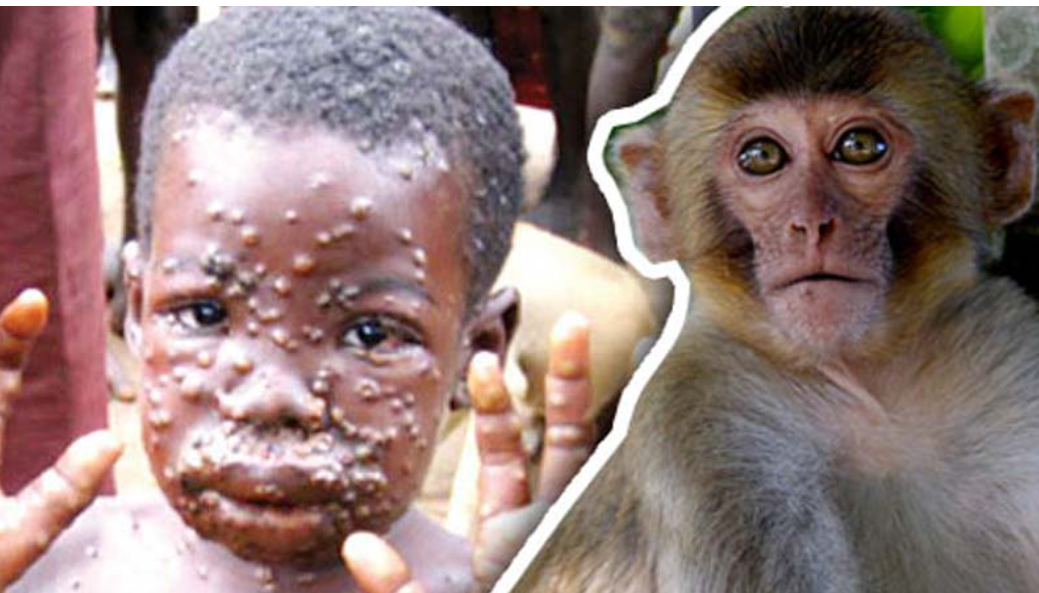 A new study from the University of Colorado Boulder, claims that an unidentified virus family that is currently common in wild African primates are known to cause deadly Ebola-like symptoms in some monkeys and is “poised for spillover” to humans.

Monkeypox virus in Singapore: In South Asia, alarm bells have been sounded after a case of monkeypox was reported in the country of a multicultural population, Singapore. On May 9, 2019, according to the Singapore Ministry of Health, “A Nigerian national who came to the city had been carrying the viral disease.” Monkeypox is much alike to smallpox and is disseminated mainly through primates and rodents. According to a report in The Hindu, the man is suspected to have eaten the meat of wild animals before he entered Singapore. Here’s a gist about the viral illness, including its causes, symptoms, treatment, and preventive measures.

What is the Monkeypox virus?

Monkeypox is an ailment similar to smallpox which belongs to the Poxviridae family of viruses. According to the World Health Organization (WHO), the dissimilarity is that smallpox has been declared eradicated, but the human monkeypox virus is still endemic in West and Central Africa. The affliction is called monkeypox since it was discovered in monkeys first in 1958. Monkeypox, a rare viral zoonotic disease is common in rainforests of Africa where humans routinely come in contact with animals carrying this virus. But there is no such evidence of person-to-person transmission.

According to new University of Colorado Boulder research published online Sept. 30 in the journal Cell, an unknown family of viruses that is currently prevalent in wild African primates and known to cause lethal Ebola-like symptoms in certain monkeys is “poised for spillover” to people. Despite the fact that such arteriviruses are already regarded as a serious hazard to macaque monkeys, no human infections have been observed to date. It is also unknown what effect the virus might have on humans if it jumped species.

However, the scientists, drawing analogies to HIV (the forerunner of which arose in African monkeys), urge caution: The global health community might potentially avoid another pandemic by monitoring for arteriviruses in both animals and humans now, scientists suggested.

“This animal virus has worked out how to get into human cells, reproduce, and avoid some of the crucial immune responses that we would anticipate to protect us from an animal virus.” “That’s pretty unusual,” said senior author Sara Sawyer, a CU Boulder professor of molecular, cellular, and developmental biology. “We need to pay attention to it.”

Thousands of different viruses circulate among animals all throughout the world, with the majority of them generating no symptoms. In recent decades, an increasing number of viruses have jumped to humans, causing havoc on naive immune systems with no experience fighting them off: Middle Eastern Respiratory Syndrome (MERS) in 2012, SARS-CoV in 2003, and SARS-CoV-2 (the virus that causes COVID-19) in 2020. For the past 15 years, Sawyer’s lab has used laboratory techniques and tissue samples from wildlife all around the world to investigate which animal viruses are likely to infect people.

She and lead author Cody Warren, then a postdoctoral fellow at CU’s BioFrontiers Institute, focused on arteriviruses, which are abundant in pigs and horses but understudied in nonhuman primates. They focused on simian hemorrhagic fever virus (SHFV), which causes a devastating sickness comparable to Ebola virus disease and has been responsible for deadly outbreaks in captive macaque colonies since the 1960s. The research shows that a molecule called CD163 plays an important role in the biology of simian arteriviruses, allowing the virus to enter and infect target cells. The researchers discovered, to their astonishment, that the virus was also extraordinarily adept at latching on to the human version of CD163, getting inside human cells, and rapidly replicating itself.

“The similarities between this virus and the simian viruses that caused the HIV epidemic are deep,” said Warren, who is currently an assistant professor in The Ohio State University’s College of Veterinary Medicine. The authors emphasise that another pandemic is not imminent and that the public need not be concerned.

They do, however, recommend that the global health community prioritise further research into simian arteriviruses, develop blood antibody testing for them, and investigate surveillance of human populations exposed to animal carriers. A wide variety of African monkeys already carry high viral loads of many arteriviruses, often without symptoms, and certain species contact frequently humans, biting and scratching them.

“Just because we haven’t yet identified a human arterivirus infection doesn’t mean no one has been exposed.” “We haven’t looked,” Warren explained. Warren and Sawyer point out that no one had heard of HIV in the 1970s either. Researchers now believe that HIV originated in nonhuman primates in Africa before spreading to humans in the early 1900s.

“COVID is merely the most recent in a long line of spillover events from animals to people, some of which have burst into global disasters,” Sawyer explained. “Our objective is that by raising knowledge of the viruses to be on the lookout for, we can get ahead of this so that if human illnesses start, we can respond swiftly.”

THE QUEST TO MAKE A VACCINE FOR URINARY TRACT INFECTIONS