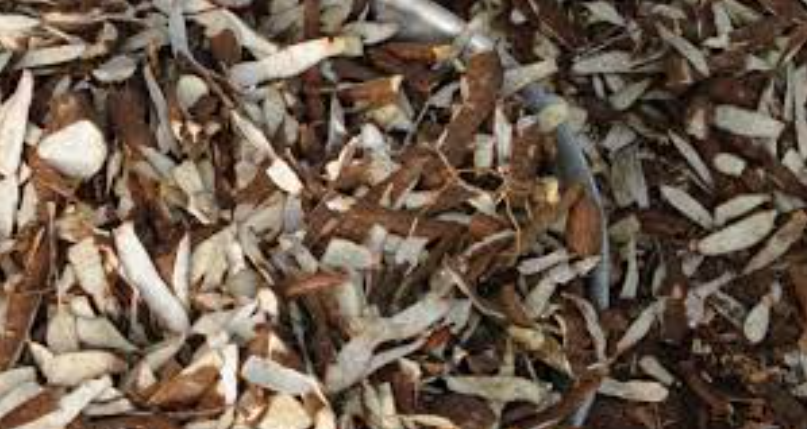 This cassava plant is very popular in Indonesia. Cassava is usually grown in the garden or in every rice field bunds. Almost all parts of cassava plant can be utilized. Cassava tuber can be consumed by eaten directly or processed into many traditional snacks such as gethuk, thiwul, tape or others.

The amount of thenutritional contens that contained in each stem of cassava might be different due to its size, type, and variety, but no doubt the benefits are all the same.

Cassava skin has many benefits, you know. This article will inform you about the various benefits of cassava skin, among others:

1. As Animal Feed. Benefits of cassava peels, can be used as an additional food for livestock and field grass replacement. The use of cassava skin as alternative fodder is due to cassava skin has the potential to contain cyanide acid. The total cyanide content in cassava skin is in the range of 150 to 360 mg HCN per kg of fresh weight, but the amount of the content varies depending on the varieties of the cassava plants.

2. As Organic Fertilizer. Instead of just left and then rot, cassava skin can be used as organic fertilizer or compost. In addition to beneficial for soil fertility, cassava leaf compost can be useful as a nutrient that helps the growth of plants and can be useful as an insecticide for plants.

3. Bio Energy. Benefits of cassava peels, is one source of bioethanol derived from fibrous material that can be used as fuel substitute oil such as gasoline and diesel. This bioethanol-making technology is processed through acidic and enzymatic hydrolysis that supports government programs on the provision of renewable non-fuel oil as a substitute for gasoline and diesel.

However, further research is needed on the process of making bioethanol through acid and enzymatic hydrolysis to produce bioethanol that is of good quality and environmentally friendly.

4. Reduces Heavy Metal Dangerous Content. Cassava husk can also be used as a material capable of reducing heavy and dangerous metals such as lead (Pb (II)), copper (Cu (II)) and cadmium (Cd (II)). The metals are said to be heavy and dangerous because their small concentrations can be toxic and harmful. These dangerous heavy metals are indicated to enter the body through respiration, food and beverages.

Activated carbon is usually shaped crystals and powders that have pores. Well these pores that serve to absorb magnetic substances and purify water from the cloudy color and eliminate odor on the water.

7. Food material. Benefits of cassava peels, contains nutrients that are beneficial to the body so it can be used as food that has high selling value. In general, cassava skin is used as chips. But the people of West Java create creations of cassava snacks in the form of beef jerky cassava. High carbohydrate content in cassava skin makes it is also safe for human consumption.

List Of Sexually Transmitted Diseases That Have No Cure