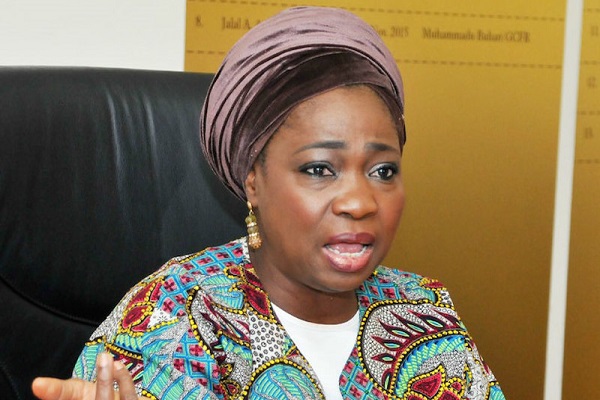 The chairman of the Nigerians in Diaspora Commission (NIDCOM), Abike Dabiri-Erewa has opened up on why a Nigerian woman identified simply as Dinchi Lar was convicted in the United Arab Emirates (UAE), Dubai.

It comes after Lar had earlier in September, taken to her Twitter page to report that she and some Nigerians were held back at the Dubai International Airport despite having valid Visas to travel.

“I am at Dubai international airport, and myself and some tiger Nigerians with valid Visas are being held in a room hours after arriving with no explanation and no information on what we can do. Please help me. There’s more than 20 of us,” Dinchi Lar tweeted earlier.

In another post later, she announced on social media that her sister had to go through immigration to secure her freedom.

“It was a tedious process. Others are still there and I don’t know their status. What happens if you have no family here? Nobody knows what is going on,” she added.

In the statement signed by the spokesperson of the ministry, Francisca Omayuli, the ministry said: “The attention of the Federal Government of Nigeria has been drawn to a video on the social media, showing purportedly stranded Nigerians, who arrived the Airport in Dubai, UAE on August 29, 2022, but were denied entry into the country, despite having valid visas.

“The Nigerian Mission in Dubai has clarified that most of the supposedly stranded Nigerians were issued with family visas, only to arrive Dubai alone without any family member.

“Consequently, they were denied entry and advised to return to their country and apply for the appropriate visas. However, those persons allowed entry into the country have their family members in the UAE. While those who claimed their family members were on another flight, were told to wait at the airport, pending their arrival,” the statement added.

Omayuli further told Nigerians to understand that the government of the UAE has introduced a new Visa regime and has stopped issuing tourist visas to persons under the age of 40 years, except for those applying for family visas.

Not long after the admonition and intervention of the Nigerian government, Lar was reportedly picked up and detained since September 6, 2022.

In reaction to the continued detention of their beloved, the family of Dinchi Lar recently took to the streets of Abuja to protest her detention seeking the Federal Government’s intervention in the matter.

A said graphic illustration posted by the family members and friends who protested in the early hours of Sunday, October 23, 2022, read: “Dinchi Lar has been detained in Dubai since September 6 by Dubai Authorities for speaking out (on Twitter) against the bad treatment of Nigerians in Dubai airports…we stand for your release.”

However, NidCOM boss in reaction to the development told newsmen in a statement on Monday that Ms Lar was “convicted under United Arab Emirates laws for recording and circulating offensive video on social media.”

The statement dated October 23 that was having Dabiri aide’s signature, Abdur-Rahman Balogun, on it reads further: “Under the UAE cybercrime law, taking a video or photograph of someone without his/her consent and posting such on social media is an offence punishable with a one-year jail term or a fine of between approximately $69,000 and $137,000 or both jail term and fine.”

NidCOM maintained that Lar was sentenced to one year in prison for breaching Dubai’s cybercrime statute since she had captured a UAE official in the now-deleted video.

According to the commission, the Nigerian woman, convicted on October 12, has only “15 days to appeal her judgment.”

NIDCOM also informed Lar that the Nigerian Mission in Dubai would provide “moral and consular support.”