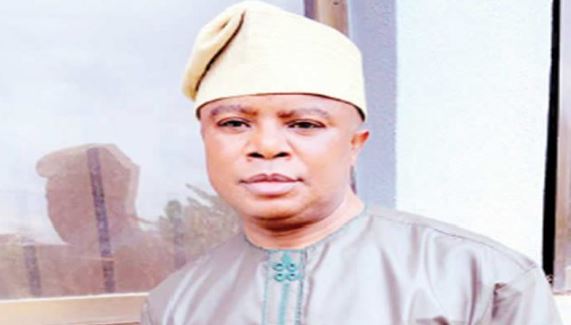 Olufemi Tokede, a 56-year-old logistics worker, who went missing on his way to work, has been found, The PUNCH reports.

PUNCH Metro had reported that on Monday, October 17, Olufemi left his house on Meiran Road, Ologede Bus Stop, around 5am, for work.

He was said to have boarded a tricycle, but never showed up at work or returned home.

But on Wednesday, his brother, Mustapha Jabita, told our correspondent that he was kidnapped.

He said, “He was dropped off by his abductors at Ewekoro, Abeokuta, Ogun State. Fortunately, he was given his phone and found his way home. No ransom was demanded and he was the only one released among those abducted. We are grateful to God for his safe return.”

The victim, Olufemi, who narrated his ordeal to our correspondent on Thursday, said he lost consciousness after boarding a bus.

He said, “Usually when I am going to work, I board a tricycle going to a BRT park to get to Oshodi. But on this particular morning, around 5am, I saw one of those small buses (Korope) calling Oshodi for N250. I boarded it because I figured it was easier for me that way.

“However, after I entered the bus, that was the last thing I remembered. I was the fifth person to board the bus; there was a man and a woman in front with the driver, two guys at the back, and one man behind the driver.

“It was around 12pm that I regained consciousness and I saw myself in an uncompleted building. I asked what I was doing there and they asked me to cooperate. They didn’t let me make any phone call; they also removed the SIM card in my phone.

“Around 4pm, they brought bread and beans and said I should eat but I insisted to know what they wanted from me. They told me to keep my mouth shut. I had to cooperate with them for fear of my life. But I did not eat anything till I was released.

“On Wednesday morning, they collected all my ATM cards. Fortunately, my colleagues at the office had blocked two of the ATM cards, so they could not access them. They, however, emptied my GTB account. I had over N200,000 there.

“In the evening, around 5pm, one of them said they should drop me off somewhere. They blindfolded me again and took me in their car. When I was dropped, I noticed that the vehicle was a Camry car with black tinted windows and no number plate.

“They gave me my phone and I found out from people around that I was at Ewekoro. All through my ordeal, they blindfolded me and only removed the blindfold sometimes; I could see that they were four hefty guys.”

He said, “Yes, it is confirmed. The victim has been released.”

Shock As Depositor Loses N350,000 To Fraudster In A Banking Hall In Ogun