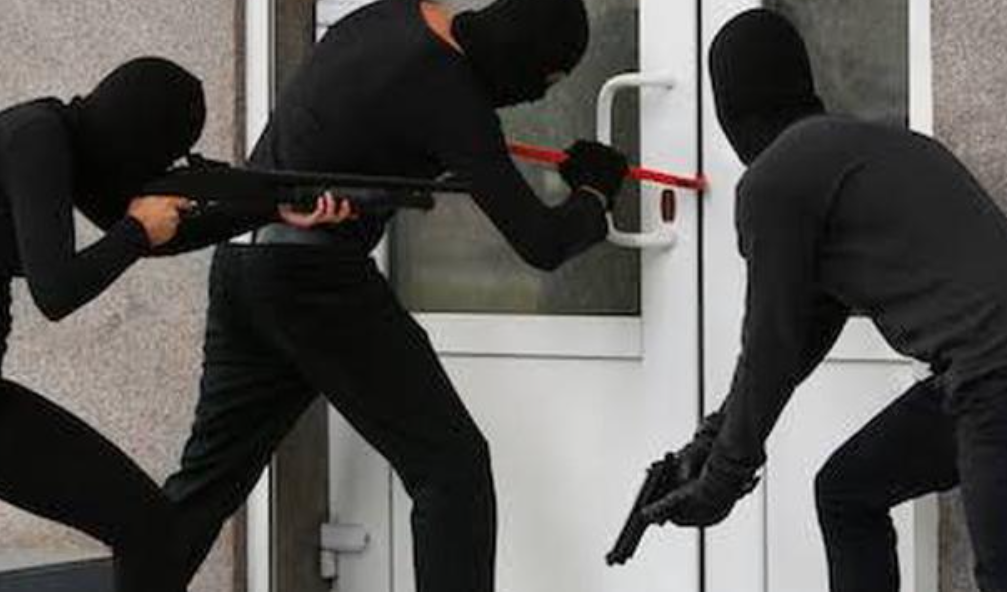 There are mistakes people do make when armed robbers are operating near them or around them.

Most times,before armed robbers gain access to a place,they disguise. At times,they even shout thief! thief!! thief!!!, so that people can come out and for their own easy access.

What should i do when there is robbery ?

1-When armed robbers knock on your door,if you know your door is not strong or there is nothing else you can do,the best thing for you to do at that time, is to open the door for them. By doing that, you’ve communicated to them that, you respect them, which won’t make them hurt you, but they will still rob you.

2-When they ask for any of your property,give it to them easily,don’t drag it with them.

3-Face down when they’re talking to you,never look at their faces. This will help you in two ways. Firstly, you might know any of them and as soon as they see you’ve seen their faces and you can recognize them,they might hurt you or do something worst,I order to protect their own identity. Secondly,they get provoked when victims are looking at them in their faces. They might think,you can recognize them later if you sight them anywhere.

4-Make sure you are fully dressed, especially if you are a lady,this will really save you from rape and any other assault.

5-If at all you want to give police report concerning the robbery incident that happened,don’t do it publicly as they might still be around or their informant should be around, do it secretly for your own safety.

6-Do not underrate any robber,you might dare them thinking there’s no bullet in the guns they are holding, there might be,so don’t dare any robber who’s armed.

7-It might look as if people are shouting thief! thief!! thief!!! in your street,for your own safety,don’t join them if you can’t recognize any of the voices shouting. Robbers do use it to lure people out,in order to carry out their evil plans.

If These Objects Come Out Of Your Mouth After Coughing, Here Is What It Means