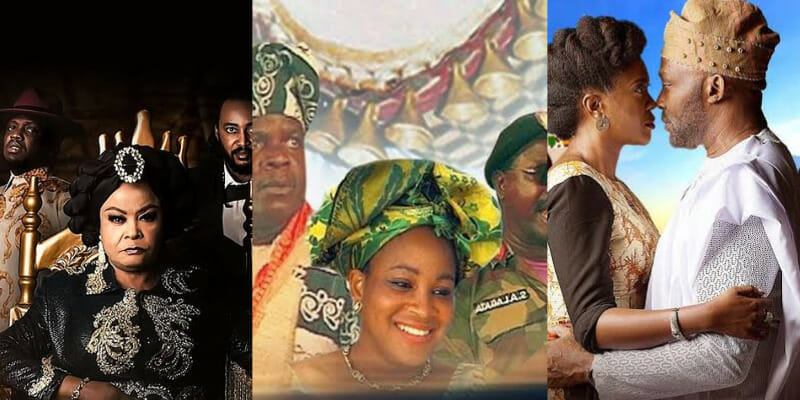 Telling a story that an audience finds captivating is not easy, because the mind of a storyteller can be likened to a jumbled warehouse where many realities live, hoping to survive and be shown to the world. However, telling a captivating story that is evergreen can be such a huge achievement.

On WN Picks, we take a look at 5 Nollywood movies that addressed political issues in Nigeria, brilliantly telling stories many audiences find captivating and informative to help them picture the problems wrong with the immediate environment.

The stories are so relatable, told in a way that it reflects the Nigerian reality. They tell stories of corruption, power drunk leaders, nepotism, and many other societal ills. While many filmmakers shy away from making their movies too real, these 5 Nollywood movies addressed political issues in Nigeria, tackling the important questions with proper representation of the struggles of the people.

Like Mary Schmich said, “The movies we love and admire are to some extent a function of who we are when we see them” and these movies made this quote totally valid.

Rere Run is one of the films from Old Nollywood that would still make sense in present day Nigeria. Written by the late Oladejo Okediji, it starred the famous Yoruba actor, Peter Fatomilola in the lead role playing Lawuwo, the leader of the workers’ union fighting for better working conditions.

Rere Run follows the story of Lawuwo and his refusal to yield to the pressure of the ruling class in fighting for what is right. This movie is fully political, highlighting the sociological tone of oppression by the ruling class and the revolution that will make things right. Also, it highlights how activism should be done with logic and careful planning, showing how Lawuwo lost the war because of his stubbornness to do things only his way.

Through the ploy of the antagonists, Lawuwo’s wife committed suicide, driving him to insanity and thereby making him unqualified for the leadership role.

This political drama tells the story of a fictional kingdom, Jogbo which was entrusted in chaos as a result of its power drunk and corrupt king, Lapite who keeps terrorizing his subjects and plundering the resources of the kingdom for his own personal gain.

Saworoide highlights the political traumas Nigerians have to face post-independence, giving a representation of corruption, state sponsored crimes and more.

This film indirectly shows how politicians promise one thing and don’t deliver once they have the opportunity to rule.

King of Boys by Kemi Adetiba

This crime political thriller by Kemi Adetiba follows the ambitions of Eniola Salami – a businesswoman with underworld connections – who decides to go into politics after losing everything that was dear to her.

Her stand against some of the deadliest forces in the country reveals many parts of her while also unboxing the secret lives of politicians and how willing they are to get their hands dirty to get what they want.

In King of Boys, Kemi Adetiba uses crime and other societal issues to tell a fascinating story. One that pits two evil against each other, leaving the audience to choose the lesser evil.

Love is War by Omoni Oboli

This political drama follows the story of the struggle of a husband and wife who both received nominations from the two major parties to run for the position of governor. The real struggle is for them to decide on how to navigate the political waters without allowing it to affect their marriage.

Love is War captures the plight of women in politics and how they have to live in the shadows of men, and this was depicted by people constantly asking the wife how her husband feels about her running against him.

If I Am President by Bright Wonder Obasi

This action political thriller follows the story of a young middle-class Nigerian and his adventures while running for the office of President of the country.

‘If I Am President’ highlights dealing with attempted murder, false allegations, smear campaigns and more to discourage and keep him disorganized from making progress in his ambition for the office.

This film depicts politics as a dirty game and shows the workings that made it so.

With the 2023 general elections fast approaching, this might not be a bad time to watch these movies and learn a lesson or two from them.