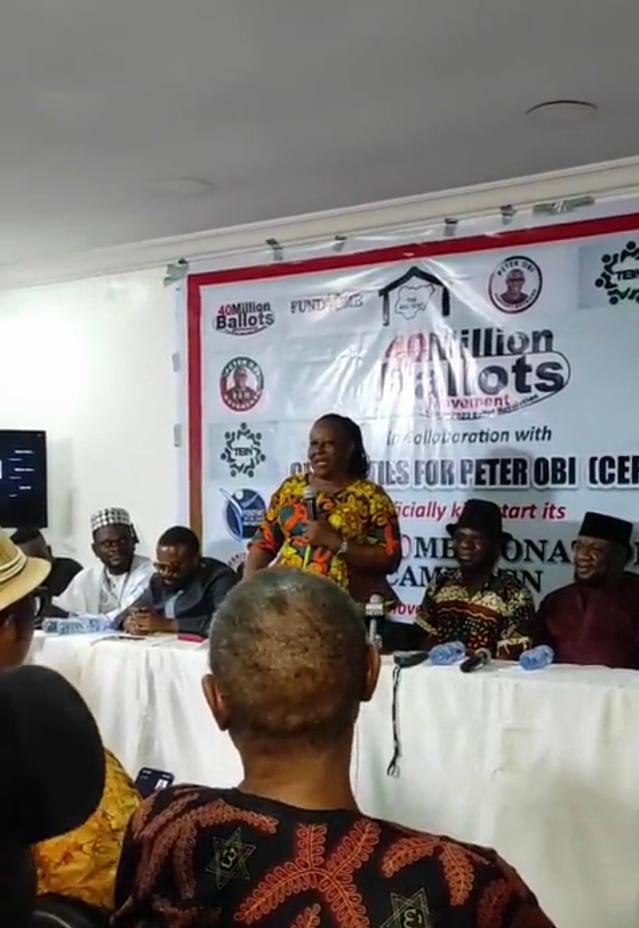 The Presidential candidate of Labour Party, Peter Obi has been endorsed by Nollywood actors.

The thespian announced her decision with some other entertainers to support Obi in the 2023 general election.

In a viral video, while addressing the attendees, Mama G recounted how former President Goodluck Ebele Jonathan contributed to the growth of movie industry by sending a number of movie practitioners outside the country to upgrade their crafts.

She said: “Someone took up our matter. He started sending us…..did you notice our pictures are better now? We are beginning to use better quality materials. Somebody did it.

“During the time of Jonathan, he sent a lot of us outside the country. He wasn’t announcing what he was doing, he was just working.

“He sent a lot of our directors out to go and upgrade and learn more. They came back with good ideas

“He sent some producers, cameramen. Some of them went to America, London, Jos….they upgraded and they came back and things became better.

“So, we have seen somebody who’s going to lead us again and take us to our destination. His name is Mr Peter Obi. That man ehn, he surprises me. His not chief, he’s not anything; he’s just Mister.

“All of us in the industry, apart from a few, we are suddenly behind Peter Obi.”

Among the entertainers present for the meeting were Alex Usifo, John Okafor aka Mr Ibu, Okon Lagos, Paul Obazele, Rita Arum, Klint Da Drunk and others.

On Mr Ibu, Mama G said: “At a time was confused. But when his eyes opened, he said, ‘No o! I took the wrong way”. And then he came back to join the Labour Party.’

The ace film star also formulated a song in Igbo language about their principal which she taught the attendees and ensured they all sang together in unison amid cheers and applause.