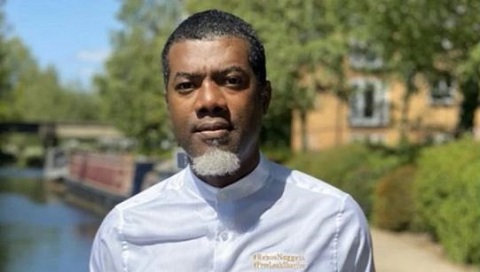 Omokri who had in the past claimed that Obi doesn’t have a chance recently stated that the politician has changed the political landscape with his rallies.

According to Omokri, Obi will split the votes meant for the Peoples Democratic Party, PDP, presidential candidate, Atiku Abubakar.

Describing Obi as a ‘Father Christmas’ gift, Omokri stressed that Tinubu has a shot at the presidency because the former Anambra State governor was in the race.

In a series of tweets, the former presidential aide insisted that Obi has helped Tinubu level up to Atiku Abubakar.

He wrote: “Without Obi in the race, Bola Tinubu would have had absolutely no chance. Peter Obi is not the Southeast’s chance. He is Tinubu’s chance!

“He has helped Tinubu level the real race, which is between him and Atiku. For Tinubu, Obi is the best early Christmas gift ever!

“Obi can’t win in 2023. He knows it. I know it. And you about to insult me knows it. The main beneficiary of his campaign is not even the SE. Toe to toe, Tinubu would be eviscerated by Atiku. But with Obi in the race, more of PDP’s votes will go to Obi than APC’s!

“Tinubu is a strategist. Yes, he has health issues. But he retains his Machiavellian tendencies. He knows that the main reason Biden was elected is because he used the lockdown to hide. As a result, Americans did not see how unfit he was. London is Tinubu’s lockdown.”