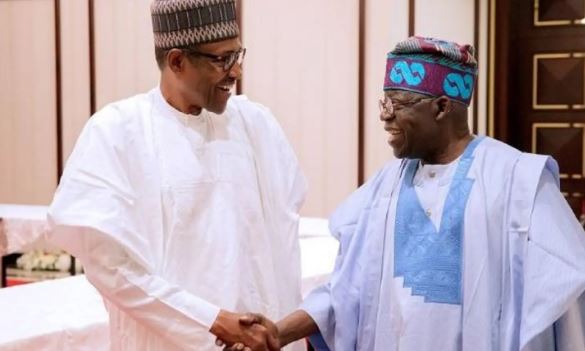 All Progressives Congress stakeholders have asked President Muhammadu Buhari to call the presidential candidate of the party, Bola Ahmed Tinubu and governors elected on the platform to order.

The stakeholders said they are not happy with the relationship between the party’s presidential candidate, including some governors and Rivers State Governor Nyesom Wike.

The party stakeholders in a joint statement made on Monday said it is embarrassing that its leaders are rubbing shoulders with their opponent in the face of the 2023 general elections.

At a one-day consultive meeting held in South-South over the last weekend, the stakeholders comprising national assembly and state house of assembly candidates and other party faithful said it perceived as unfortunate that big wigs in the party, including Tinubu, came to Rivers to join Wike who is their clear opposition in inaguration of state projects.

The development, according to them is simply glorifying Wike and Peoples Democratic Party (PDP) camp and could be considered an anti-party activity.

They warned that these events are heaping praises on Wike ahead of the 2023 general election.

Presiding over the meeting held in Port Harcourt on Sunday evening, APC National Vice Chairman of the zone, Chief Victor Giadom, said Buhari must call the leaders to order immediately.

On his part, the state APC legal adviser, Dike Iheanyi Zubi said it was unfair for Governors of the South-West to hold nocturnal meetings with Wike and return back to their states without bothering to an interface or speak with their party members in the state.

Zubi further said the action of Tinubu who has held meetings with Wike abroad and the action of the governors concerned were tantamount to anti-party activities and called on President Muhammadu Buhari to call them (Tinubu and the South-West governors) to order.

He said, “It is very discouraging for the APC here in Rivers State to see a situation where the presidential candidate of our party, Ahmed Bola Tinubu and his handlers, including South-West Governors of the APC coming to the state to undermine our party here in Rivers State.

“And they begin to hobnob and hold nocturnal meetings with Wike, who is seen as a contender with the APC here in the state.

“So, we as APC members here frown at such action because it doesn’t encourage us here. We consider it as anti-party on the side of Ahmed Tinubu and his cohorts.

“Instead of coming to strengthen the Rivers State chapter of the party, they are busy hobnobbing with Governor Wike, who is a PDP member. For the APC in Rivers State, we see it as an affront and anti-party.”

“So, I call on the national chairman of the party and President Buhari to call him (Tinubu) and his cohorts to order. They should stop dividing the Rivers APC. APC is one family,” Zubi added.

2023 Presidency: It Is Not Yoruba’s Turn To Be President – Adebutu