Thapki Pyar Ki 2 28 January 2022 Written Update Latest Episode: Hanshika’s Evil Plan The latest episode of Thapki Pyaar Ki 2 begins with Hanshika who asks Purab to apply tike on her. Purab says excuse me? Hanshika asks for aashirwad tike and says that she want to get it done. Later, she asks him to share his picture with the PR team to cash in popularity. She asks him to apply in this and he replies that what is a big deal in this? Veena also asks Hanshika to apply tika for her as well. Purab dip his finger in the sindoor to apply to Hanshika. Hanshika thinks that he was about to fill her headline with sindoor at right time. 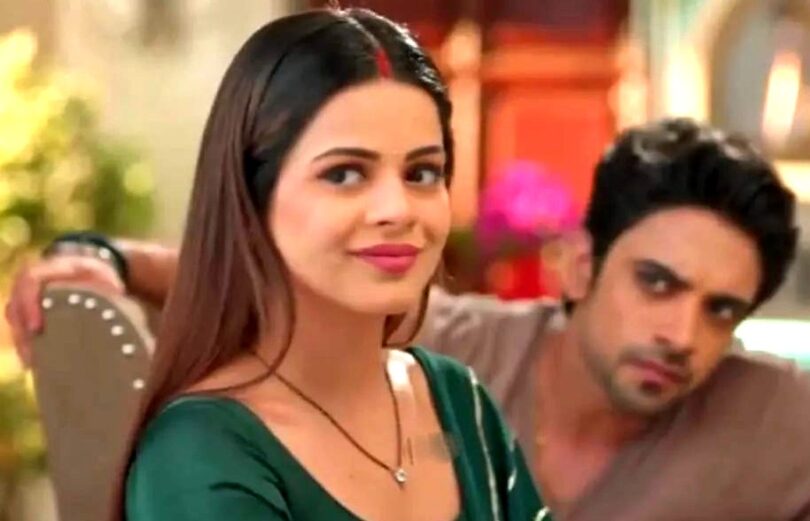 Suddenly, Thapki comes there and stops him. She comes to him and he asks where was she? He says that everyone was waiting for her. Dadi asks why did she come late. She is about to tell the reason and stops after seeing Hanshika there. She says that there was no water in the washroom and then, she did not get her sindoor. She realized that Hanshika brought it from her room.

Hanshika holds her hand and says that she can do this for her sister. Dadi says that it means she brought special sindoor instead of gulal which was given by Pandit Ji. She wanted it on her forehead. Hanshika says sorry and tries to change everyone’s reaction. She says that she will fix it. Later, Purab and Thapki do ths aarti and everyone is standing with eyes closed. Hanshika tries to plan something evil and switches on the AC in order to fly the sindoor out of the box. Dadi asks Purab to apply sindoor to Thapki. She finds that the box is empty but few remaining.

Veena scolds at her by saying that she put it near the AC and Sindoor flew away. She says that Pandit Ji had made it so that I could be blessed and say how will she bless now. Veena says that Pandit Ji made this sindoor with Lal Chandan while reciting mantras. Dadi asks Purab to bring it from temple within 20 minutes and Hanshika thinks about this once again.

Now, the episode will come with lots of things and everyone is waiting to watch what will happen in the upcoming episode. It will be interesting to watch that What Hanshika will do with this? Will Hanshika get succeed in her evil plans? Keep watching Thapki Pyaar Ki 2.