In today’s episode of Molkki, the cop tells Virender that everything he owns including his land and his entire property belongs to Vanraj as his mother has not just signed the POA but also has announced to pay around 200 crores. Virender stands in shock. Gajraj smirks and snatches the papers from him. Gajraj asks what should he do with all this money. He looks at a jeep and calls it vintage while saying it must be worth around 1 crore. Later, his gaze falls upon Purvi’s necklace. He says that it looks expensive as well. 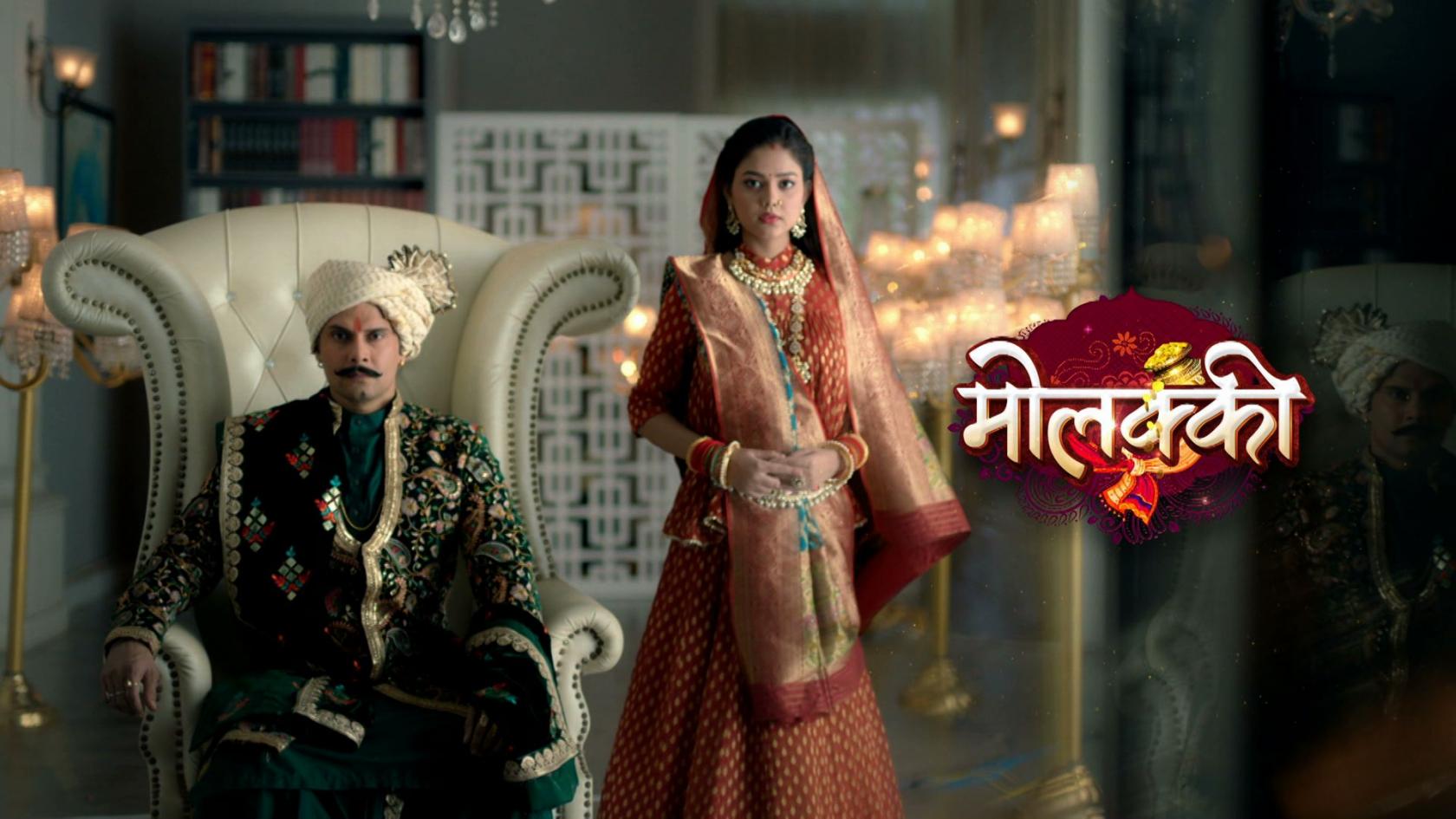 Virender gets angry and shouts at him. Gajraj’s goons threaten him to stay quiet. Here, Purvi dares Gajraj to even touch her necklace. She says that Mukhi Ji has gifted this to her and she can not see anyone touching it. However, Gajraj does not get affected by her words and snatches the necklace from her. He says that he gets everything he wants and no one can tell her vice versa. Gajraj asks his goons to snatch all the pieces of jewellery that they are wearing. Gajraj asks the inspector to throw them all out of the house before leaving.

Purvi and Virender get upset. Purvi asks Virender what will they do now to which Virender just looks on. The inspector comes and asks them to follow the procedure and leave the Haveli right away. Virender agrees and leaves along with his family quietly. In the next scene, Virender goes to Prakashi making the latter smile. She says that she had not thought that Virender would ever come to meet his mother. Virender gets angry and calls her Jallad. He accuses her of ruining their lives completely and says that because of her they have come on the road.

Prakashi does not get affected by Virender’s words and says that as they did not care about her, she did the same. She asks him to leave as he had cut tied with her and had refused to accept her as his mother so why is he here now. She taunts him saying she at least has a roof above her and the food which she gets in jail but what does he have. Prakashi adds that she is not his real mother so he should not come to her. She threatens him to ruin his life even more and smiles. Follow our site for Molkki written updates.

What Is Act Like You Know Song Trend on TikTok? Lyrics and Meaning Explained Details!

How Did Siyabonga Zubane Die? Gomora Star Cause of Death? Wiki Biography